Reznikov made a working trip to Kharkiv Oblast 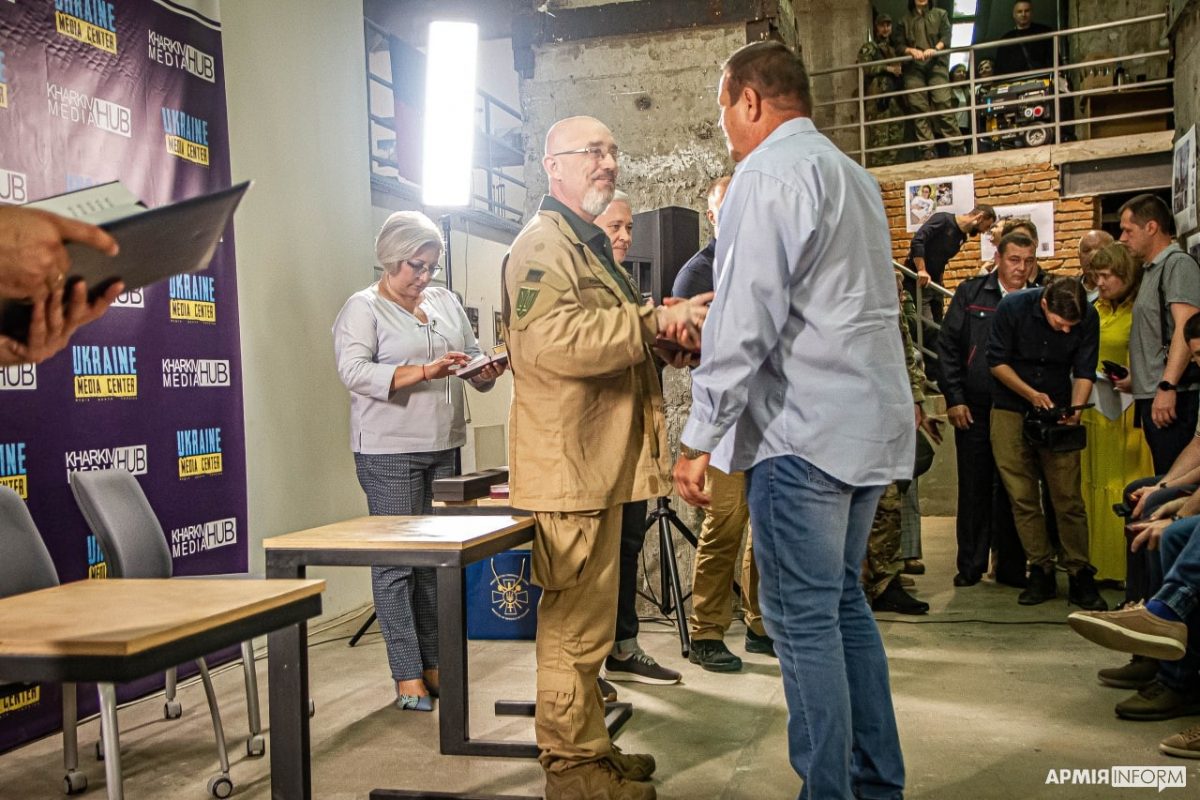 At the beginning of the visit, the head of the defense department visited the soldiers undergoing treatment and awarded servicemen, law enforcement officers, representatives of local authorities, volunteers and employees of communal services, who have not left the region since the beginning of the full-scale Russian invasion of the territory of Ukraine and worked for the benefit and protection of the state, reports ArmyInform .

— Traditionally, my team and I went to those places where people are really resisting Russian armed aggression. And today, again with great pleasure, I had the opportunity to shake hands with all those who deserve awards. These were doctors, nurses, servicemen of the Armed Forces of Ukraine, guardsmen, policemen, volunteers who help the entire defense sector to be successful in this war. Selfless work and unity are the key to our future victory,” noted the Minister of Defense.

During the visit, Oleksiy Reznikov visited one of the districts of Kharkiv most affected by the Russian attacks – North Saltivka, as well as the place where several civilians were recently killed and more than 20 were injured by shelling from the Rashists.

– It doesn’t fit in his head, some sick monster makes a decision and presses a button to shell ordinary civilian areas or a market where people, being at a bus stop, were waiting for transport. The question arises – why do they do this? To scare us? But they won’t succeed. Kharkiv was and is an outpost of civilization on the border with Mordor. I am in constant contact with the leadership of the region and the city. Everything possible is being done to strengthen the defense, said the head of the defense department.

Share
Facebook
Twitter
WhatsApp
Linkedin
Email
Telegram
Previous articleIt is not possible to provide cots, mattresses and pillows to all prisoners in jails: Court dismisses petition
Next articlethe Russian Federation is to blame for the food crisis, only it is to blame – the president of the European Council