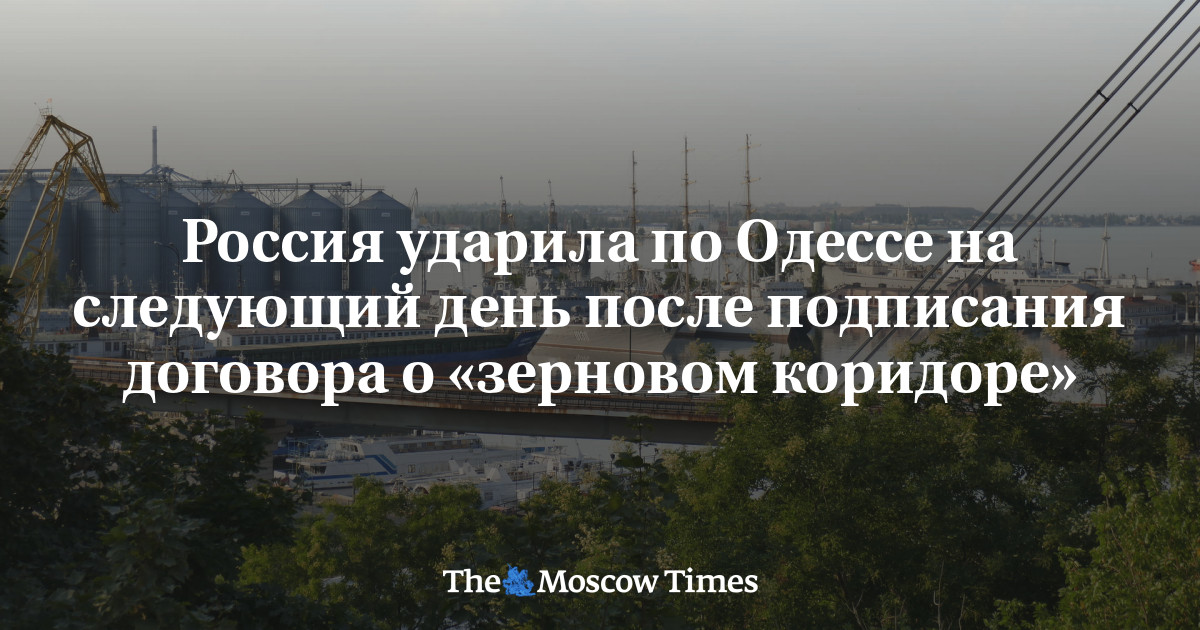 A day after the signing of agreements on the unblocking of Ukrainian ports and the export of grain, the Russian army attacked the port of Odessa with Kalibr missiles. This was reported operational command “South” of the Armed Forces of Ukraine. According to the Ukrainian military, two missiles were shot down by air defense forces, two more hit the infrastructure of the port.

“Suspіlne” with reference to press service Ministry of Agrarian Policy and Food notes that there was grain in the port. “I won’t say the number, because the Ministry of Infrastructure is busy with the workload, so it’s up to them. We were already expecting the first departures tomorrow or the day after tomorrow, ”said a representative of the ministry.

The Ukrainian Ministry of Foreign Affairs said that the missile attack calls into question the agreements on the export of Ukrainian grain, which were signed the day before.

“It took the Russian Federation less than 24 hours to cast doubt on the agreements and promises made by it to the UN and Turkey in a document signed yesterday in Istanbul by a missile attack on the territory of the port city of Odessa,” said Foreign Ministry spokesman Oleg Nikolenko.

According to the Ukrainian minister, the shelling of the port is “Vladimir Putin’s spit in the face of UN Secretary General António Guterres and Turkish President Recep Tayyip Erdogan, who have made great efforts to reach an agreement, and to which Ukraine is grateful.

Kyiv called on the UN and Turkey to ensure that Moscow complies with its obligations within the framework of the safe operation of the grain corridor. “If the agreements reached are not implemented, Russia will bear full responsibility for the deepening of the global food crisis,” Nikolenko promised.

The day before, on July 22, an agreement was signed in Istanbul to unblock three Ukrainian ports for the export of grain and other agricultural products. Infrastructure Minister of Ukraine Oleksandr Kubrakov and Russian Defense Minister Sergei Shoigu signed relevant agreements with the UN and Turkey. Control over the ports remains entirely with the Ukrainian side.

Moscow, Kyiv, Ankara and the UN signed an agreement on the grain corridor