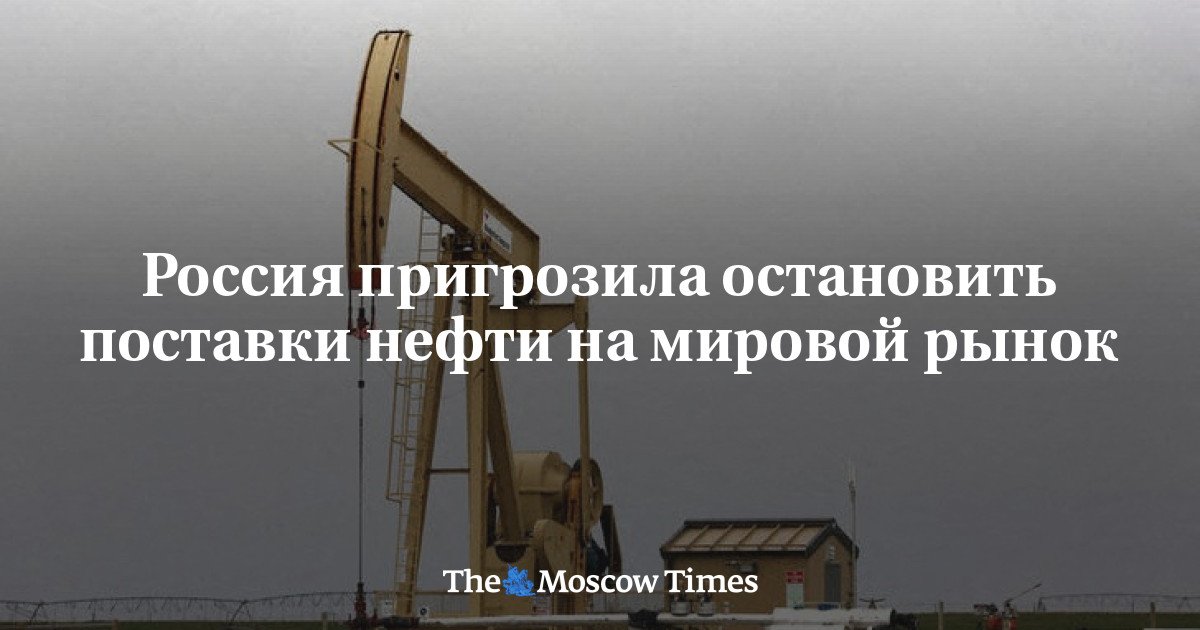 The plans of Western countries to introduce a “ceiling” on prices for Russian oil may lead to the fact that its supplies will stop, warned the head of the Ministry of Energy of the Russian Federation Alexander Novak.

According to him, the final decision will depend on at what level the price cap will be set, which the US is discussing with allies around the world, seeking to include as many countries as possible in the idea.

“If these prices, which they are talking about, are lower than the costs for oil production, of course, naturally, Russia will not ensure the supply of this oil to world markets,” Novak said on Channel One.

“We simply will not work at a loss,” he stressed.

Bloomberg sources familiar with the situation say that the maximum price being discussed in the West is $40-60 per barrel. At such levels, oil quotes were in 2015-17, and in 2020, against the background of the pandemic, they fell significantly lower: the cost of Brent reached $15.98, and the Russian Urals fell below $10.

Now Brent costs $106 a barrel, but Russian oil is sold cheaper: since the outbreak of the war, traders and buyers are demanding discounts to work with Urals, which have become “toxic” in their eyes.

The average discount reached $37 in mid-April but narrowed to $33 by July, according to Thomson Reuters.

The introduction of a maximum purchase price for Russian oil is possible by the end of the year, when EU sanctions on tanker insurance come into force, US Deputy Treasury Secretary Wally Adeyemo said on Wednesday.

Speaking at a security forum in Aspen, US, he warned that if Russia wanted to ship its energy supplies by sea, it would “need to sell oil at a lower price” in order to get insurance from Western firms.

In addition, added Adeimo, more American oil will be supplied to world markets, which will also contribute to lower fuel prices.

Share
Facebook
Twitter
WhatsApp
Linkedin
Email
Telegram
Previous articleManoj Bajpayee is not doing ‘Pushpa 2’ with Allu Arjun, the actor rubbished the news of getting the offer wrong
Next articleDSSSB Recruitment 2022: Recruitment for many posts including teacher and accountant in this state, you will be able to apply like this