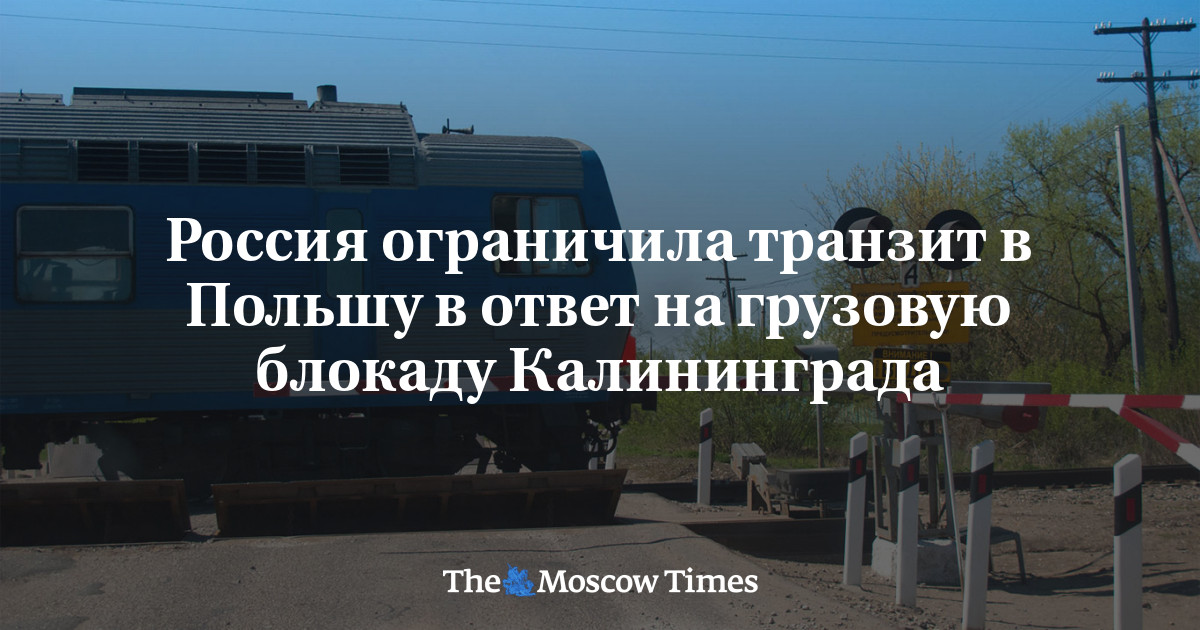 Russian Railways stopped the transit of part of the goods going through Belarus to Poland. According to Interfax, citing company materials, restrictions are introduced from June 23 until they are canceled.

In April, Russian Railways already introduced shipment restrictions, which was explained by repair work on the infrastructure in Poland. The loading of all cargo was banned at the railway point Mamonovo (Kaliningrad region) – Braniewo (Poland).

Moscow has restricted transit to Poland after a similar move by Lithuania. Since June 18, Vilnius has restricted the transit of goods to Kaliningrad that fall under EU sanctions. Among them are building materials, cement and metals. The Kremlin called the decision illegal and responded with a series of exercises by the Baltic Fleet and ground forces that trained to fire the Grad and Uragan launchers twice a week.

The head of European diplomacy, Josep Borrell, said on June 23 that Vilnius acted in accordance with EU sanctions. He promised that the European Commission would “check the guidelines submitted to Vilnius” and added that the purpose of the restrictions was to eliminate the possibility of circumventing sanctions, and not harm trade.

“Now there are reports that the Europeans will still take into account their obligations and will not interfere with the Kaliningrad transit. Let’s see how this will be reflected in the documents, how quickly, ”commented the governor of the Kaliningrad region Anton Alikhanov on Borrell’s statements.

Share
Facebook
Twitter
WhatsApp
Linkedin
Email
Telegram
Previous articleManu Bhaker: Manu Bhaker targeted gold, waved the flag in this competition of the country
Next article‘Given tickets to those who did not deserve to win in elections’: Uddhav Thackeray on Shiv Sena rebel MLAs