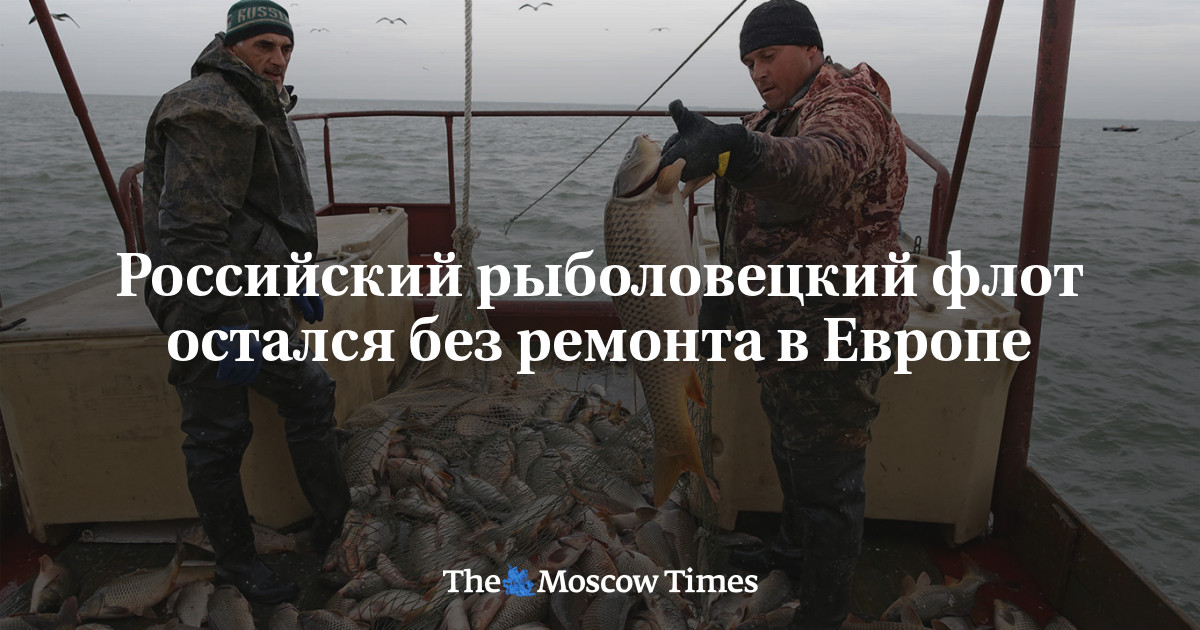 For several months, foreign ports have been massively refusing Russian fishing companies to repair their northern fleet, which is fishing including in the Barents Sea. At the same time aboutRussian shipyards are not technically capable of serving these vessels, writes RBC.

According to All-Russian Association of Fisheriesmore than two thirds large and medium-sized fleet of the Russian Federation must be repaired and modernized exclusively abroad – this is about 400 modern and efficient ships. According to the Federal Agency for Fishery, about 600 Russian vessels used the services of foreign ports. The Association of Fishing Fleet Owners gives a figure of about 750.

Sergey Sennikov, Deputy Director of the Norebo Group, specified that the Russian fleet of the Northern and Western basins should be served in European countries, as close as possible to the fishing areas: in Norway, Finland, Poland, and the Baltic states. In addition, so far Russia does not have a single large civilian ship repair enterprise in the north.

Sennikov noted that the refusals are not related to sanctions, but to the personal position of foreign organizations. The Russian ship can be deployed without explanation. In Western ports, Russian fishermen can only ship their products, “the rest is impossible to do”said Alexei Osintsev, President of the Association of Fishing Fleet Owners.

Difficulties with the repair of fishing vessels also arise in the Far East, mainly in China and South Korea. There, difficulties began a year and a half ago in connection with the coronavirus pandemic: many ships are forced to stand idle for several weeks in quarantine.

Russia does not have its own infrastructure to provide the necessary service in the Far East. There are 57 ship repair organizations throughout the country, but these capacities can cover a maximum of 30% of the needs for the repair of medium and large-capacity fleets. There is also an acute shortage of specialists in the repair and adjustment of electrical and other modern equipment, said Alexei Buglak, President of the Pollack Catchers Association.

The Federal Agency for Fishery reported that not all Russian fishers are denied service abroad, and this is due to the “policy of double standards.”

The situation with the repair of the Russian fishing fleet will only get worse in the future, the All-Russian Association of Fishermen said. Sergey Sennikov added that the technical condition of the fleet will have a negative impact on catch volumes, some companies will lose quotas due to low rates. The rise in the cost of maintenance and fuel will lead to a further increase in fish prices.

In April, the Ministry of Industry and Trade and the Ministry of Finance discussed the possibility of canceling VAT for the repair of civilian ships in order to support the industry. This measure is currently being considered by the Cabinet.

Share
Facebook
Twitter
WhatsApp
Linkedin
Email
Telegram
Previous articleRanveer Singh is nothing, superstars did such a photoshoot in the 90s, you will be stunned to see
Next articleITR Filing: Apart from salary, there is also a source of income, so do not forget to see AIS and TIS before filling ITR!