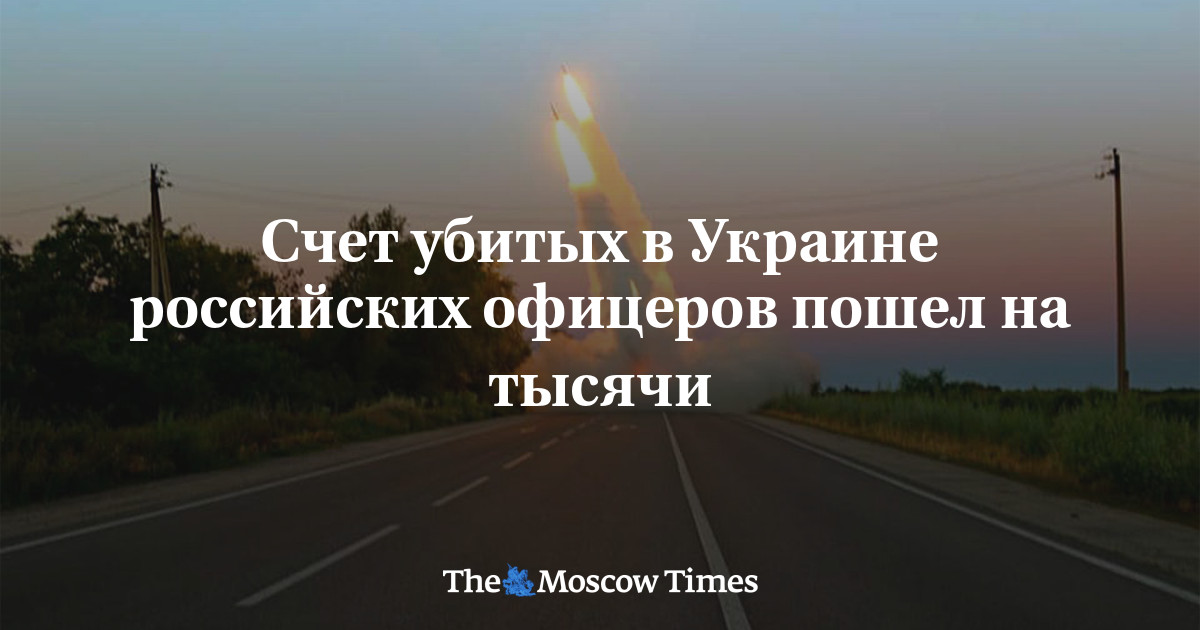 Russian troops are losing in Ukraine thousands of lieutenants and captains, hundreds of colonels and “many” generals. About it referring to a statement by a senior official of the US Department of Defense, writes Reuters. The interlocutor of the agency added that The Armed Forces of Ukraine destroyed more than 100 “significant” Russian targets on the territory of Ukraine, including command posts, ammunition depots and air defense facilities.

US estimates put Russian casualties in Ukraine to date at about 15,000 killed and possibly 45,000 wounded, CIA Director William Burns said on Wednesday, adding that Ukraine had also suffered significant losses. According to British Chief of Staff Tony Radakin, since the beginning of the invasion, Russia has already lost 50,000 soldiers killed and wounded. The US estimates that Russia has sent almost 85% of its army to invade Ukraine.

Russia has not updated its official casualty figures since March 25. Then it was reported that 1,351 Russian servicemen were killed in Ukraine.

The Russian army is still firing “tens of thousands” of artillery shells a day at targets in Ukraine, Washington says. However, “they can’t go on like this forever,” said a CNN source at the U.S. Department of Defense. The Russian military has “used up a lot of smarter munitions” and their strikes are becoming less accurate. He added that Russia has not yet disabled any HIMARS systems, but they will probably be “lucky” and at some point they will.

After receiving the HIMARS MLRS, Ukraine launched a counteroffensive, which brought visible results. In particular, the Armed Forces of Ukraine have already managed to destroy more than 30 military facilities of the Russian troops, the country’s Ministry of Defense reported.

Against the backdrop of the success of the Armed Forces of Ukraine, the Russian military began to move supply points away from the front line, complicating their own logistics. Transportation times have doubled, and now it takes twice as many trucks to maintain delivery speed. Analysts at the American Institute for the Study of War (ISW) noted that due to ongoing losses due to HIMARS, Russian troops went on the defensive after the end of the operational pause.