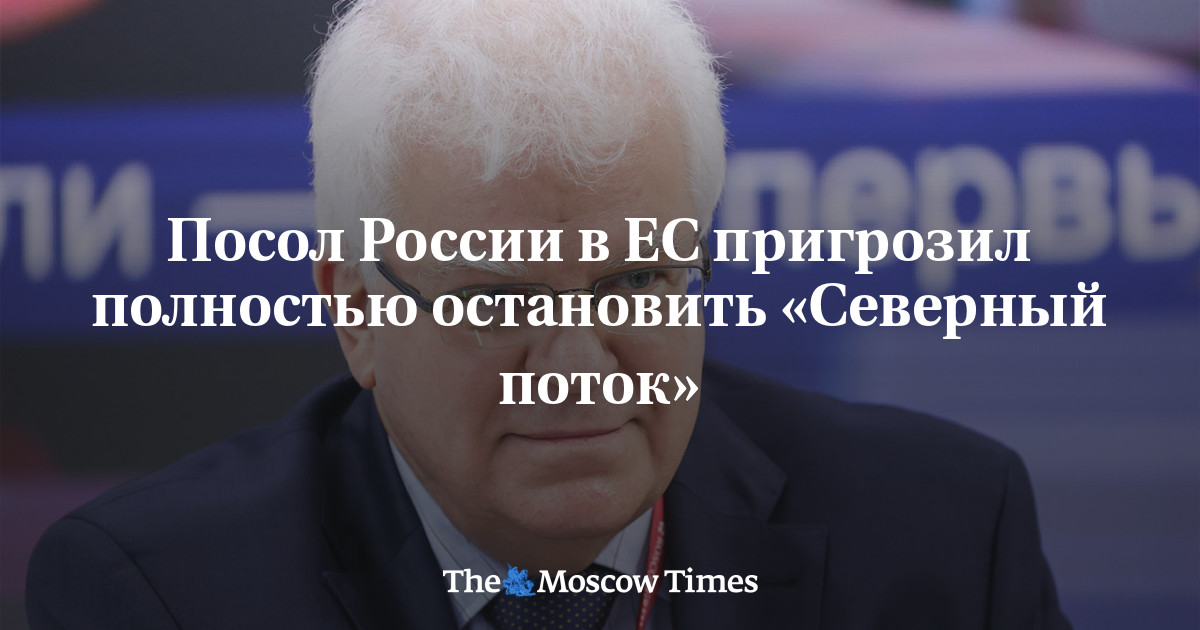 Chizhov blamed the German company Siemens for what was happening, which left Russia against the backdrop of sanctions imposed for the Russian war in Ukraine. The ambassador explained that Nord Stream’s performance is declining due to delays in the repair of turbines. According to Chizhov, Germany “could already learn how to service these units on its territory.”

Further problems with the repair of turbines could lead to a shutdown of Nord Stream, which would be a disaster for Germany. You need to ask Siemens why they need to be sent to Canada for repairs.

Siemens Energy reported that the turbines were being repaired in Montreal, but Canadian sanctions against Russia prevented them from picking them up. The company informed the governments of Canada and Germany about this, the parties are trying to find a solution to the problem.

On June 15, Gazprom announced the shutdown of another Siemens gas turbine engine, after which the daily output of the Portovaya CS dropped to 67 million cubic meters. m. At the beginning of trading on June 16, gas prices in Europe exceeded $1,450 per thousand cubic meters.

Atreceived notifications about the reduction in Russian gas supplies andTalian Eni (by 15%) and Austrian OMV. In the last share of the fall, they did not specify, but they assured that the losses would be fully compensated. Germany’s Uniper, Gazprom’s partner in the failed Nord Stream 2 project, also received 25% less gas than the contract stipulated.

German Economy Minister Robert Habeck called the reduction in Russian gas supplies “politically motivated”. According to him, repair work on the pipeline, which will affect the supply, should not be carried out by Siemens Energy until autumn and in any case will not affect 40% of the gas pipeline infrastructure.

I have the impression that what happened yesterday is connected with a political decision that cannot be justified from a technical point of view.

Habek also said he had consulted with the European Commission and assured Siemens that the repairs were not subject to EU sanctions against Russia. Now the German government is asking the Canadian authorities whether restrictions are being placed on a key pipeline turbine that is being repaired there.