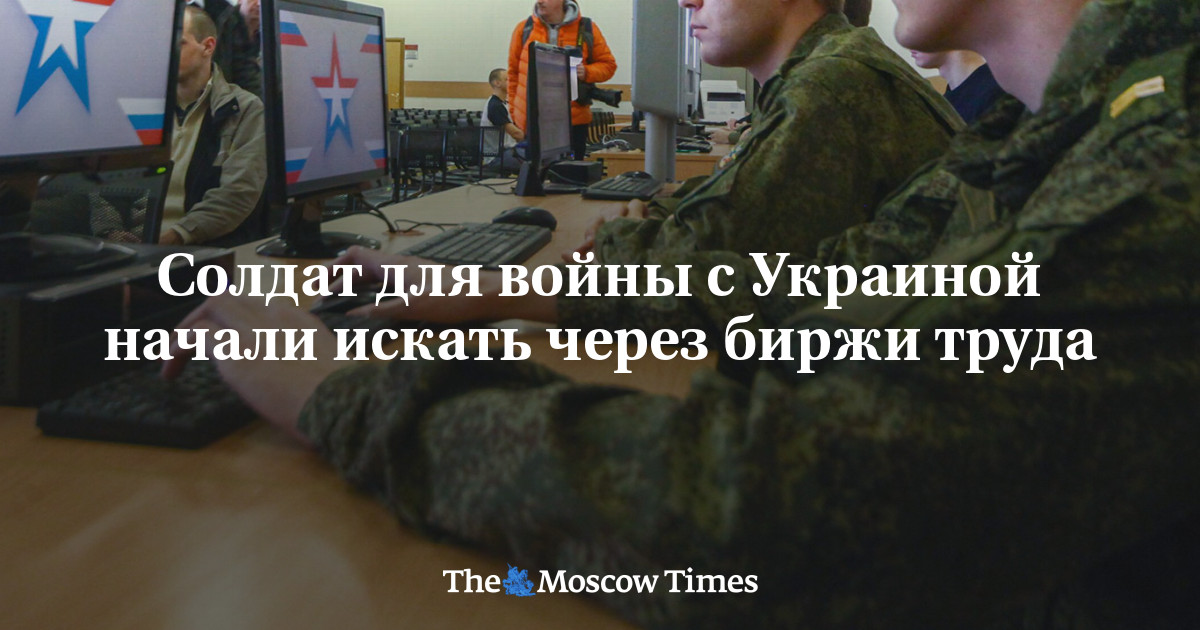 Russian authorities are looking for 22,200 military personnel to participate in the war in Ukraine. According to “Important stories”, the state is trying to recruit new contractors, including through regional employment centers, where Russians are helped to find a job or apply for unemployment benefits.

Jobs can be viewed at State portal “Work of Russia” – it was there in mid-June that more than 22,000 ads were found. Most contract servicemen are recruited in the Rostov and Ulyanovsk regions, as well as in Bashkortostan.

In March, thousands of similar vacancies for recruiting contractors appeared on the HeadHunter and SuperJob websites, told “BBC”.

The military who signed the contract are promised “a stable monthly allowance from 30,000 to 70,000 rubles, full medical and clothing support, free balanced three meals a day” and other privileges. However, at the same time, immediately after signing the contract, they are sent to the front, the interlocutors of the publication in military units said: “If you are not ready to go, then we all go on dismissal.”

Moscow does not officially recognize that it is waging war, so contractors are not required to go to Ukraine. However, refusal to go to war can turn into a punishment for a contractor. “Since March, an amendment has appeared in the text of the contract, which makes the refusal to participate in a special operation abroad a direct basis for dismissal and / or any disciplinary punishment, for example, sending to a disciplinary battalion,” said Conflict Intelligence Team (CIT) researcher Kirill Mikhailov.

In addition to job announcements, the Russian army is making up for losses with the help of Chechen volunteers, forced mobilization in the DPR and LPR, as well as through the Wagner PMC. Volunteers are also recruited in prisons, offering “to wash away the guilt with blood.”

The war attracts residents of Russian regions with money that is almost impossible to earn at home. “As soon as you cross the border, they start paying you 8800 per day. Plus the salary for your military position once a month and the required allowances. The contract is signed [на срок] from three months,” the personnel officer of one of the military units explained to the publication. The contract is signed for at least three months. During this time, you can earn up to 400,000 rubles. The interlocutor of the publication doubts that this money is worth a human life, and estimates the chance of returning home from the war at 30%.

At the end of April, Ukrainian intelligence published a list of 2,861 military personnel who signed a contract for service in the Central Military District in the first four months of 2022. At least 140 of them have already died, some have served in the army for less than a month.