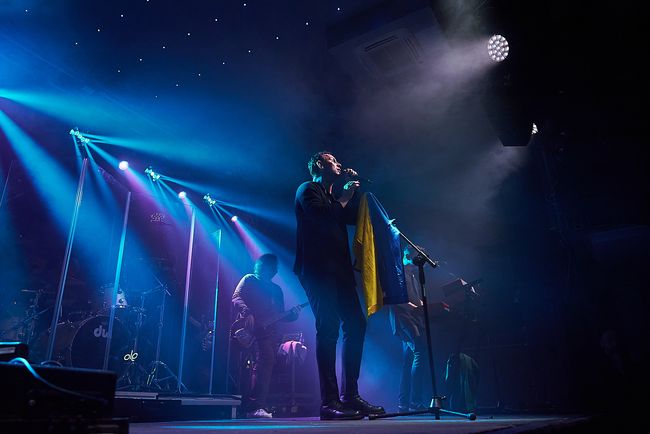 25 years on stage, 7 studio albums and hundreds of concerts played: these rock musicians sing with their soul. Their creativity leaves no one indifferent and gives unique sensations, and the songs find a place in everyone’s heart.

After the large-scale military invasion of Russia, the musicians directed their activities to help the country: “Druha Rika” gives charity concerts, the profit from which goes to the needs of the Armed Forces.

Recently, the team completed the charity tour “Who, if not us?”, during which more than 3 million hryvnias were accumulated. The team does not stop there and continues to help the country.

The band’s announcement about a charity concert in Lviv with an address by Valery Kharchyshyn can be viewed here.

“Thanks to this concert, necessary medical equipment may appear in military hospitals, which our doctors desperately lack,” says frontman of “Druha Rika” Valery Kharchyshyn. “It is an honor for us to help raise funds for such an important cause.”

On August 6 at 6:00 p.m. in the Malevich club, the musicians will play the most popular hits and the new song “Did you hear”, dedicated to Mariupol and all the cities that were destroyed by the invaders and maimed people.

The performance will be held in support of the International Humanitarian Fund, which helps refugees in setting up temporary shelters and takes care of military hospitals, delivering them equipment, ambulances, etc.

Tickets for the concert can be bought via the link.

You can also join the fundraiser using the following details:

The currency of the card is UAH

You can listen to the video of the song “Did you not hear” dedicated to Mariupol here.