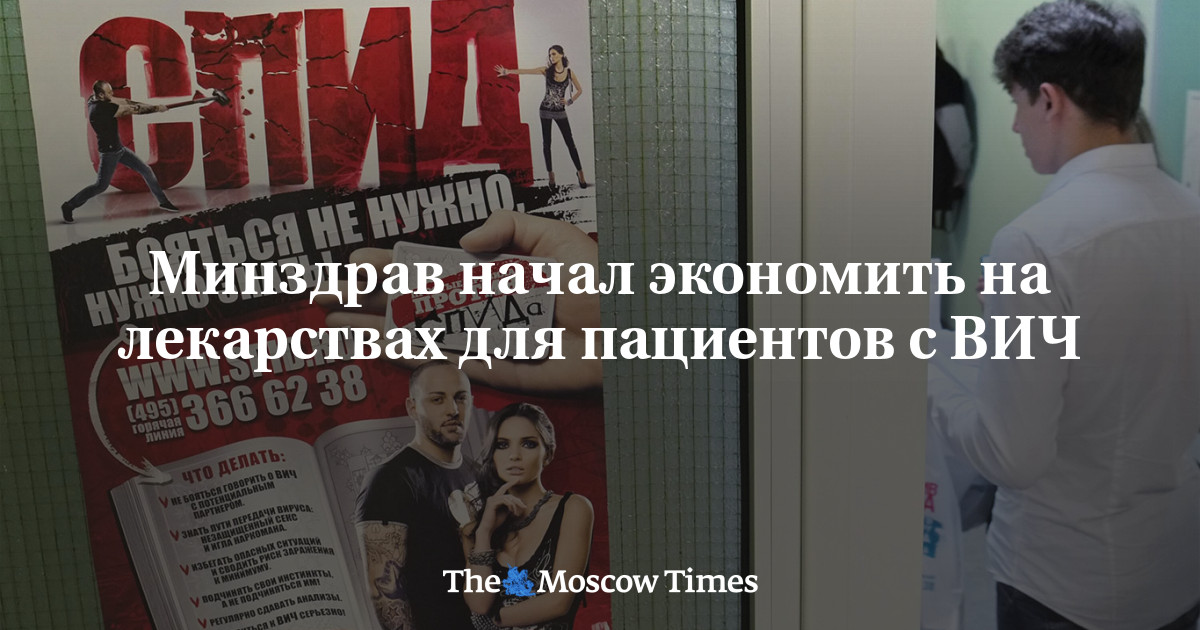 For the needs of 2022, the Ministry of Health in June began to purchase medicines for HIV at the expense of the 2023 budget. Cheaper medicines are purchased to save money expensive modern foreign drugswhich have no analogues, writes Kommersant.

The publication clarifies that the 30 billion rubles allocated for 2022 have already been spent. In addition, the state does not finance enough purchases against the backdrop of a growing number of infected Russians. Because of this, the ministry has already had to abandon expensive medicines: if in purchases for 2021, modern medicines accounted for 67.3% of the total, then for 2022 – already 55%.

First of all, they save on Evipler from Johnson & Johnson – this is the most expensive of the purchased drugs for patients with HIV, it costs almost 24 thousand rubles per pack. The choice is made in favor of drugs widely used in the past.

In parallel, the regions have to buy additional medicines themselves. For example, in January-May of this year, a total of 540 million rubles were spent for these purposes from the regional budgets.

Aleksey Mikhailov, representative of the Treatment Preparedness Coalition, said that this approach of the Ministry of Health can be called a rebound in therapy, but in the absence of proper funding, this allows you to treat more infected people.

The Ministry of Health announced that in 2022 the amount of funding for the program for the purchase of drugs for patients with HIV, hepatitis and tuberculosis has been increased by 920 million rubles.

In April, it became known that the Ministry of Health had spent 23 billion rubles of the money allocated for 2023-2024 to buy medicines for the treatment of hemophilia, oncohematological diseases and multiple sclerosis. By that time, almost everything had already been spent on the 2022 program.