The occupiers are trying to establish full control over Severodonetsk 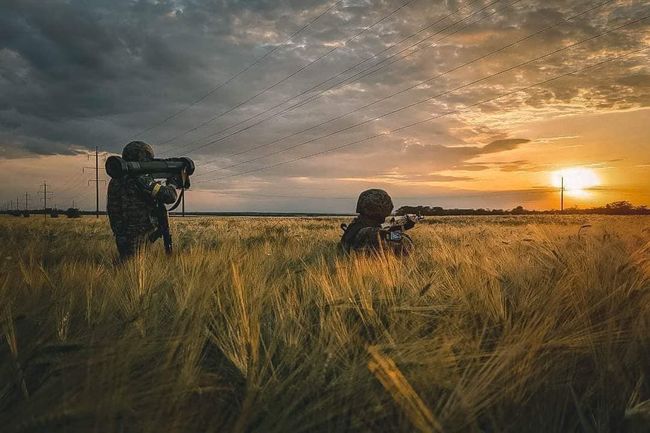 In the Donbass, the Russian army is storming the Slavic direction, trying to establish full control over Severodonetsk, according to the Public Broadcasting of Ukraine.

In the Slobozhansky direction, the Russian Federation is regrouping troops to increase offensive capabilities. This was reported by the General Staff of the Armed Forces of Ukraine in the morning report on June 16.

In the Volyn and Polissya directions, as part of the combat readiness check, one of the mechanized brigades of the Republic of Belarus worked out the deployment of mobilization resources reception points with the practical reception of conscripts.

In the northern direction of the Russian Federation continues to maintain units of the armed forces of the Western Military District in the border areas of Bryansk and Kursk regions.

The Russian military fired artillery at the positions of Ukrainian troops in the settlements of Leonivka and Bachivsk in the Chernihiv and Sumy regions.

In the Slobozhansky direction, the Russian Federation is regrouping troops to increase offensive capabilities.

In the Kharkiv direction, the main efforts of the Russian army are focused on maintaining the occupied borders. In order to restrain Ukrainian units and prevent them from going on the offensive, the Russian military fired heavily at artillery, including rocket-propelled grenade launchers, in the areas of Bazaliyivka, Uda, and Verkhniy Saltiv.

In the Slavic direction, the Russian army is storming, looking for weaknesses in Ukrainian defense. She fired artillery of various calibers at civilian infrastructure near Pryshib, Dolyna, Karnaukhivka and Vernopil.

In the Donetsk direction, the Russian army is fighting along the line of contact. The main efforts are focused on the Bakhmut direction.

In the Lyman direction, the Russian army did not take active action, firing at Ukrainian units with artillery in the area of ​​Pyskunivka.

In the Severodonetsk direction, the Russian occupiers continue to cover with fire units of the Ukrainian troops from all available fire means in the areas of the settlements of Belogorovka, Lysychansk, Severodonetsk.

The Russian army does not stop trying to establish full control over Severodonetsk. Leads the assault, the fighting continues.

In the Bakhmut direction, the Russian army is storming to improve the tactical situation. Artillery shelling was recorded in the areas of the settlements of Vesele, Soledar, Berestove and Vovchoyarivka.

In the Lyman, Avdiivka, Novopavliv and Zaporizhzhya areas, the Russian military is conducting systematic shelling to block the actions of Ukrainian troops in the settlements of Novobakhmutivka, Vodiane, Pervomaiske, Mykilske, Antonivka, Huliaipole, Novopil and Orikhiv.

In the direction of Egorivka – Shevchenko, Ukrainian soldiers discovered and destroyed a sabotage and reconnaissance group of the Russian Federation.

In the South Buz and Tavriya directions, the Russian army is trying to keep the occupied borders and prevent the attack of Ukrainian troops. Covers fire units of the Defense Forces. Continues to improve the engineering equipment of positions in the areas of settlements Bezvodne and Ishchenko.