the Russian occupiers shelled the Central Market of Bakhmut 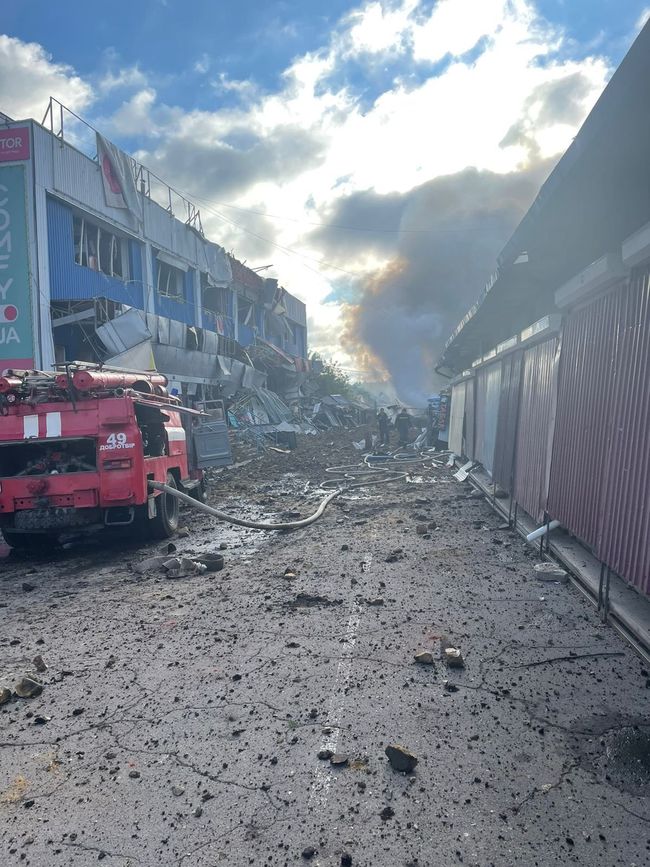 On July 21, the Russian army carried out an airstrike on the Bakhmut local market. Dozens of commercial containers were destroyed, Vilne Radio reports.

Pavlo Dyachenko, the spokesman of the Bakhmut police department, told the journalists of Free Radio about this.

Previously, the Russian army struck the local market with air strikes. In the place where dozens of trade containers used to be, the explosion of the projectile created a hole 7-8 meters deep.

“Preliminarily, without victims and victims. But the destruction is significant,” says Pavlo Dyachenko.

The building of the “Astron” shopping center was significantly damaged. On one side of the building, all the windows were blown out, and the facade was crumpled and torn to pieces from all three floors.

As of the time of publication, rescuers are still putting out fires in the market.

It will be recalled that on July 19, the Russian military struck the central part of Bakhmut and the private sector with cluster bombs. Several high-rise residential buildings, a bank building, a music school, a library were damaged, and some buildings burned to the ground.