Three Moscows burned down in Siberia and the Far Eastern Federal District: the area of ​​​​forest fires is approaching 1 million hectares – The Moscow Times in Russian 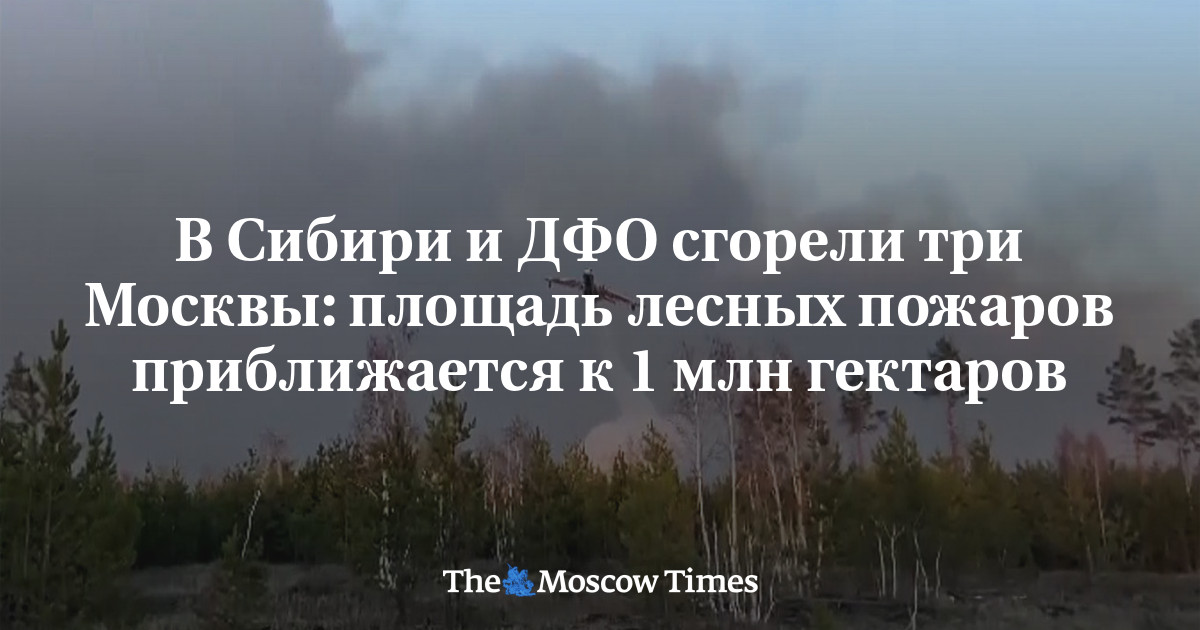 About 6,400 forest fires on an area of ​​0.87 million hectares have occurred in Russia since the beginning of the fire season, the press service of the Ministry of Natural Resources reported, citing the head of the department, Alexander Kozlov.

Thus, the total area of ​​forests burned in Russia amounted to three Moscow (0.26 million hectares) or six St. Petersburg (0.14 million hectares). At the same time, the ministry emphasized that not a single forest fire has spread to settlements.

They also reported that “this spring, fire more than 2000 times came to the forest from fields, meadows and steppes.” Regional authorities are obliged to extinguish open areas. At the same time, the department complained that only it maintains statistics on landscape fires, and in the regions “they are not taken into account at all and pass like simple thermal points.”

Kozlov emphasized that more than a third of the total number of forest fires in the country occurred this spring due to the transition of landscape fires to forests.

At the same time, the Ministry of Natural Resources recalled that in 2022 federal funding for fighting forest fires was increased from 6 billion to 14.2 billion rubles. The money was brought to the regions in December.

Earlier, Kozlov said that the worsening of the situation with fires is expected in June-July in 21 regions of Russia.

In turn, the head of the Ministry of Emergency Situations of Russia, Alexander Kurenkov, noted that, compared to last year, the area of ​​forest fires in the Republic of Sakha (Yakutia), the Khabarovsk Territory and the Chukotka Autonomous Okrug has increased.

According to the Ministry of Emergency Situations, as of June 23, 184 thermal points were registered in Russia. The effect of 129 of them was confirmed: 60 foci are natural fires, 15 – burning plants, 46 arose as a result of burning garbage, eight – due to human activities.

AT 2021 year forest fire area in Russia amounted to 18.16 million hectares. According to Rosleskhoz, this has become a record since the beginning of the 21st century.

Share
Facebook
Twitter
WhatsApp
Linkedin
Email
Telegram
Previous articleRohit Shetty said, ‘Celebs do not come to this show to audition for my film..’
Next articleFire advantage on the side of the occupiers of the Russian Federation, the Armed Forces conduct maneuverable defense, – Zaluzhny