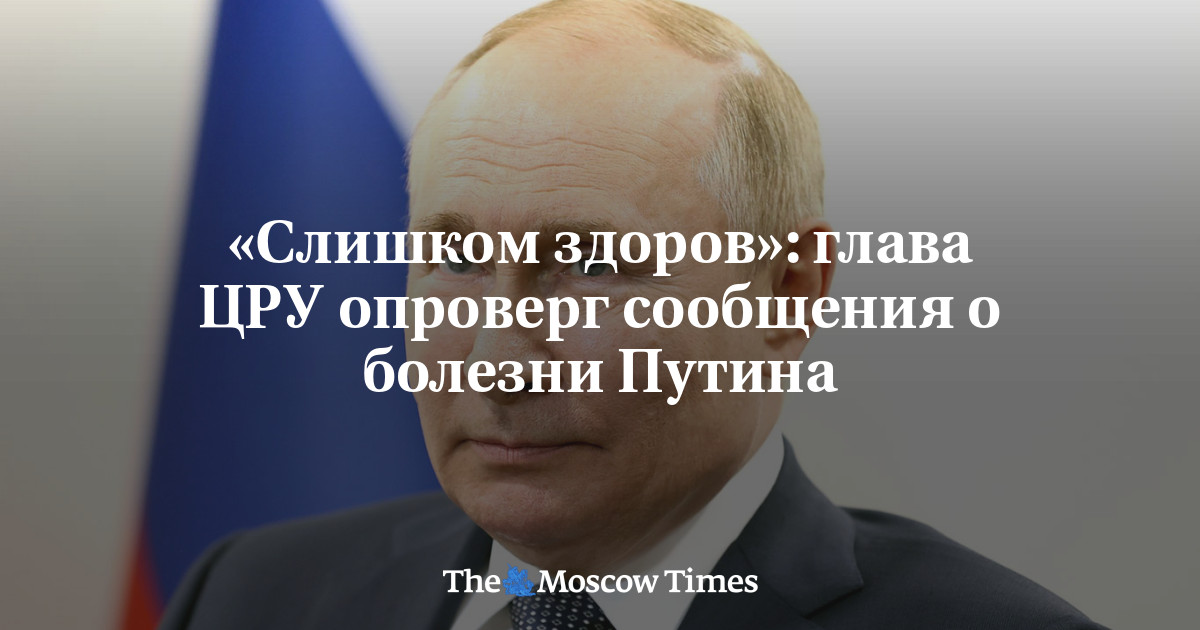 Russian President Vladimir Putin is “too healthy” for there to be any doubt about his condition. According to CNN, CIA director Bill Burns said this, commenting on media reports about the health of the Russian president.

Burns noted that his opinion is not “the official position of intelligence.”

The Kremlin has also previously denied rumors of Putin’s illness.

“I do not think that sane people can see in this person any signs of illness or disease. I leave it to the conscience of those who spread such rumors in spite of the daily chance to decide and see who they are and what they look like,” the Russian Foreign Minister said,” Foreign Minister Sergey Lavrov told the French television channel TF1 in May.

When Russia invaded Ukraine in February, American politicians and former diplomats spoke openly about Putin’s mental problems. Signs of his instability have been looked for in everything from the use of a huge table during negotiations with French President Emmanuel Macron to the content of a speech that justifies the invasion of Ukraine, riddled with conspiracy theories.

In the spring, the media began to write about the problems of the Russian president with physical health. The British tabloid Daily Mirror, citing an FSB source, wrote that Putin had “a severe form of rapidly progressing cancer”: the president was losing his sight, suffering from headaches and trembling in his hands. The New Lines Magazine article, citing an unnamed Russian oligarch, also claimed that the president was “severely ill with blood cancer.”

At the end of April, The Sun reported on Putin’s upcoming operation; during his absence, ex-director of the FSB, now Secretary of the Security Council Nikolai Patrushev, was allegedly entrusted with leading the country.

According to director Oliver Stone, Putin has been diagnosed with cancer in the past and is believed to have been cured.

Share
Facebook
Twitter
WhatsApp
Linkedin
Email
Telegram
Previous articleIn ‘Koffee with Karan’, Ranveer Singh did a mimicry of ‘Karthik Aryan’, now this reaction came to the fore
Next articleHow our superstars look in Aadhar card and passport, Prabhas’s picture will make you laugh!