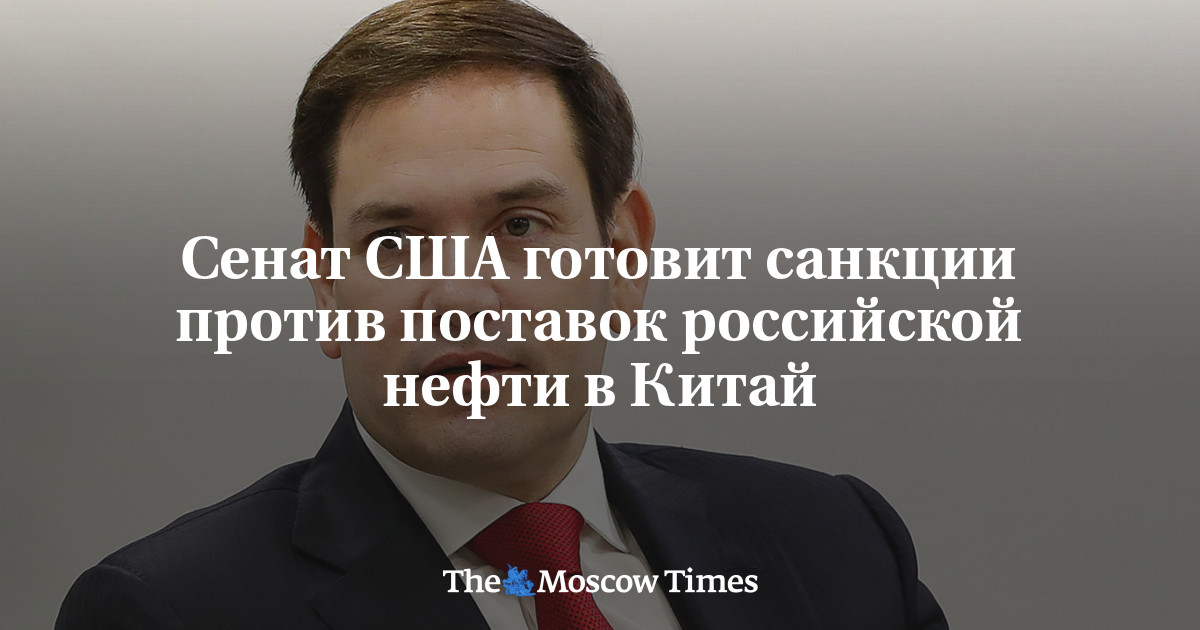 US senators are preparing a bill designed to cut off the flow of Russian oil to China, which has reached record levels since the start of the war and for the first time in history exceeded deliveries to the European market.

Republican Mark Rubio, as well as two of his fellow party members, are proposing to impose sanctions on such supplies, Bloomberg reports, citing the senator’s press service.

Measures, according to the draft law, will be introduced in relation to companies that insure and register any tankers that carry oil or LNG from Russia to China.

By buying Russian energy, China is supporting the Kremlin’s war against Ukraine, Rubio said. “Any entity that promotes this practice, down to Chinese state-owned companies, should face serious consequences,” the senator said.

Since the beginning of the war, China has increased its oil imports from Russia by 60%, from 0.6-0.7 million barrels per day at the beginning of the year to 1.1-1.2 million in May. Together with the Indian refineries, the Chinese bought up all the Urals oil, which the largest Western oil traders and European clients began to refuse.

At the beginning of the summer, however, the “Orient Express” of Russian oilmen began to “jump”: compared to the peaks in May, deliveries to Asia fell by 18% – from 2.13 to 1.73 million barrels per day. Chinese demand collapsed by a third to 0.81 million bpd in the week ending July 22, according to Bloomberg estimates.

Reuters sources among Asian oil traders claim that purchases of Russian oil are reduced by China’s largest state-owned company Sinopec. She took record volumes when Urals was offered at a discount that reached $30 per barrel. But now the discount has shrunk to $13, and in some cases $8, thanks to demand from India.

In total, India and China paid Russia $24 billion for oil supplies in April and May alone, Reuters calculated.

“China conducts normal trade and economic cooperation with Russia on the basis of mutual respect, equality and mutual benefit, it is not directed against third parties and is not affected by external interference,” he said.