‘We’ll save people’: Putin praises army for ‘efficiency’ and ‘nobility’ in Ukraine – The Moscow Times 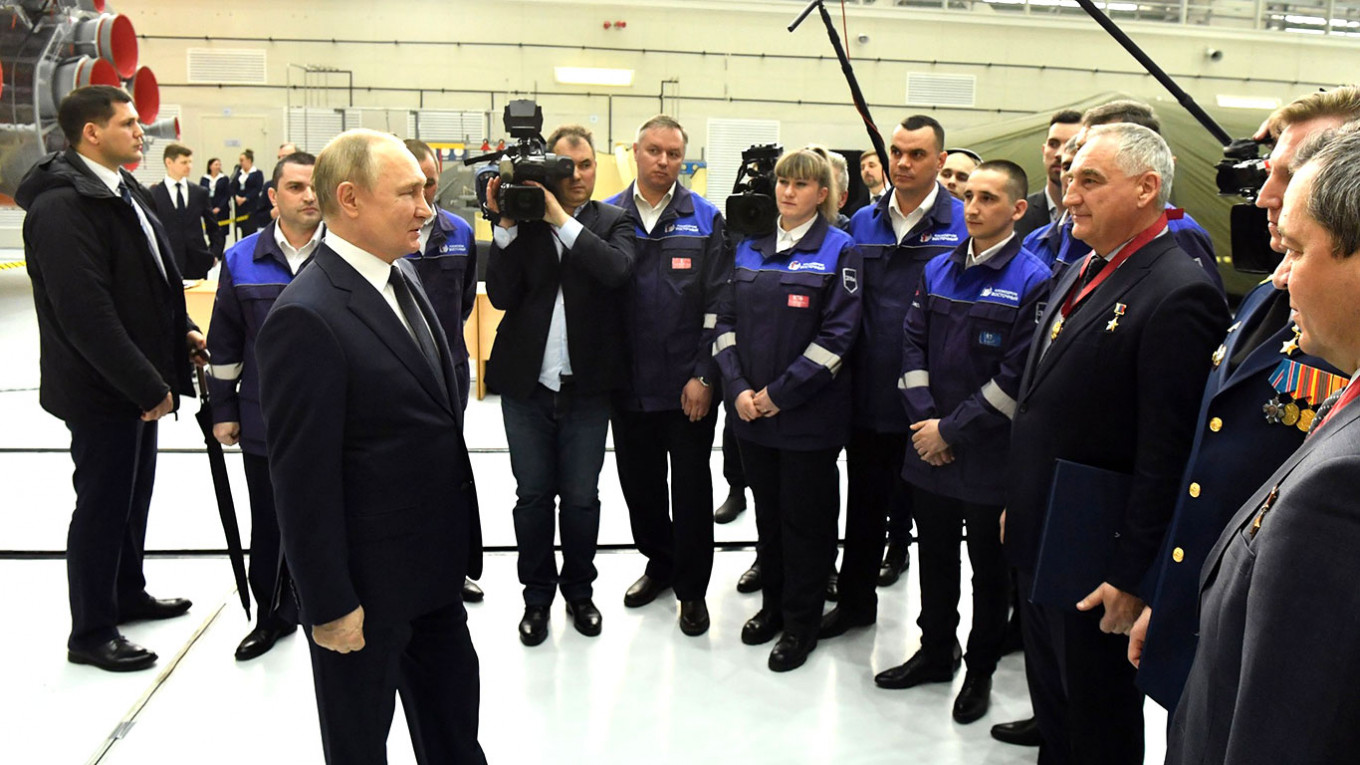 According to him, a clash with the forces that began to turn Ukraine into an “anti-Russian foothold” was “inevitable”, while there is no doubt that the goals of the military operation will be achieved.

“What we are doing is helping people, saving people, on the one hand, and on the other hand, we are simply taking measures to ensure the security of Russia itself,” Putin said, speaking to workers at the Vostochny cosmodrome (quotes from Interfax) .

“Obviously, we had no other choice, this is the right decision,” he continued. “Neo-Nazism, unfortunately, has become a factor in the life of a fairly large country close to us.”

The West accuses Russia of war crimes and massacres of civilians, and the International Criminal Court opened investigations into the actions of the Russian army on March 2 after a collective appeal supported by more than 40 countries.

On Monday, French Ambassador to Ukraine Etienne de Poncins announced the arrival in the country of a group of gendarmes tasked with collecting evidence of the criminal actions of Russian soldiers who shocked the world after they left the suburbs of Kyiv and Chernigov.

Germany has decided to support the International Criminal Court with an additional 1 million euros, Foreign Minister Annalena Berbock said, adding that the money will be used to investigate war crimes.

“This is not only about genocide, but also about rape, about the killing of civilians, not related to genocide, about the theft of property,” Burbock said.

US President Joe Biden blamed Putin personally for the atrocities and called for the Russian president to be tried.

“We must collect all the details in order to hold a real military court. This guy [Путин] cruel. Everyone saw what happened in Bucha. He needs to be held accountable,” Biden said.

Share
Facebook
Twitter
WhatsApp
Linkedin
Email
Telegram
Previous articleFCRA Violation Case: CBI will prosecute Aakar Patel, permission from the central government
Next articleYou may not know better use of old smartphone than this, do not forget to throw it Tech News Nav