Yura, we have raised the bar! Roscosmos announced its departure from the ISS and drew a new space station – The Moscow Times in Russian 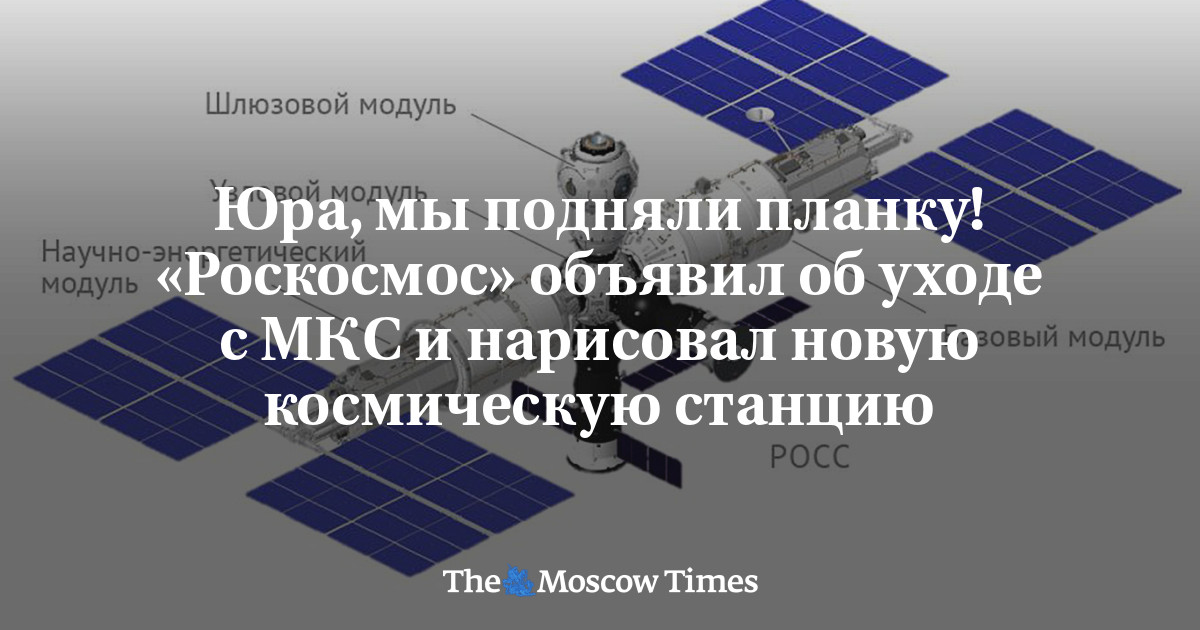 Russia will withdraw from the ISS project in 2024 and start making its own orbital station. This was announced at a meeting with President Vladimir Putin by the head of Roskosmos Yuri Borisov.

“The industry is in a difficult situation, and I see my main task, together with my colleagues, is not to drop, but to raise the bar,” Borisov promised.

Robin Gateens, NASA director for the ISS programstated that her Russian colleagues did not report such intentions, as required by the intergovernmental agreement on the station.

The ISS was put into operation in 1998. In 2020, the life of the ISS was extended until 2024. In January 2022, NASA announced that the station would operate until 2030. The administration of the US President assumed obligations to extend the term of its work. In May, the executive director of Roscosmos for manned programs, Sergei Krikalev, interview Izvestia said that Moscow was thinking about the advisability of staying on the ISS and creating a new station.

The technical problems of the Russian segment of the ISS – cracks in the hull – were announced by the flight director Vladimir Solovyov. After 2025, he predicted an avalanche-like failure of its other elements.

Information that Russia will build its own space station appeared back in 2014. It was supposed to be deployed by 2019. Later Vladimir Putin stated that the orbital station would be built by 2023. Borisov himself, while serving as Deputy Prime Minister responsible for the development of the space sector, he called the date of launch into orbit 2024.

At the first stage, the orbital station will consist of a base, gateway, hub, and scientific and energy modules. The total volume of sealed compartments will be 228 m³, the volume for the target equipment will be up to 19 m³. The station will be capable of receiving two cosmonauts, as well as up to two ships.

In April, the former head of Roskosmos, Dmitry Rogozin, explained the need to build Russian Orbital Service Station (ROSS) with its “military-applied” purpose. That is why, he explained, the project does not involve foreign participation.

Share
Facebook
Twitter
WhatsApp
Linkedin
Email
Telegram
Previous articleDo you feel that you are not worth anything? So it is not your lack, it is the effect of imposter syndrome.
Next articleSun Blast Earth: Energy emanating from the Sun will explode on Earth, humans will get superpowers, some will become heroes – some will become villains! strange claim