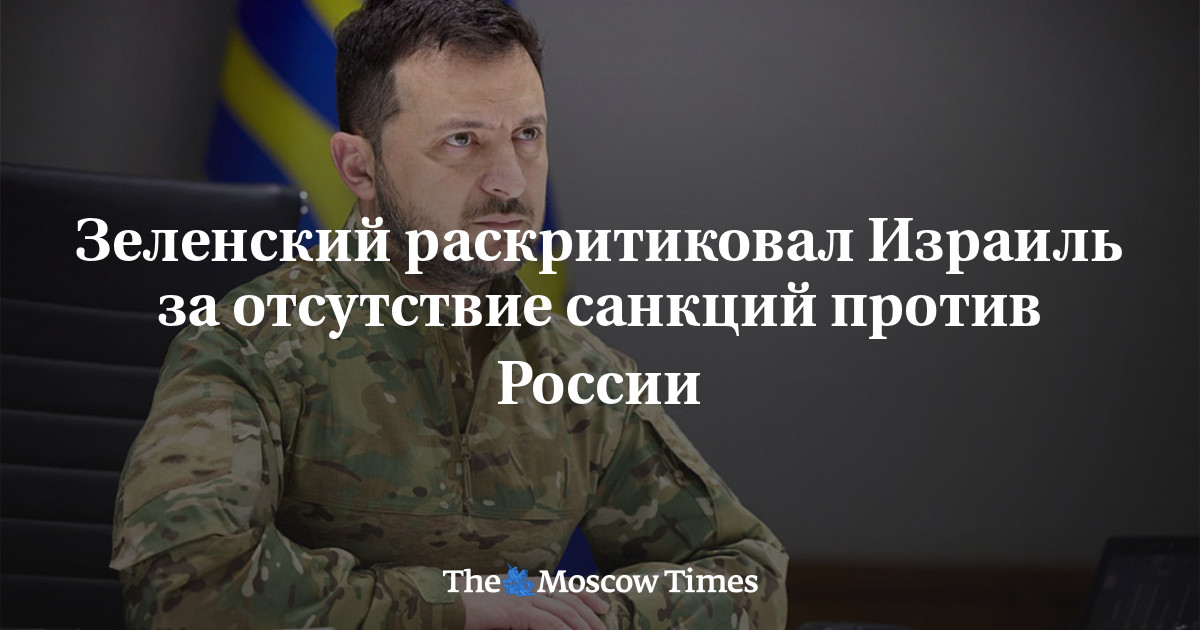 During an online speech to students at the Hebrew University in Jerusalem, the politician said that Tel Aviv still, almost four months after the start of the military conflict, has not introduced any restrictions against Russia.

“When governments impose sanctions on Russia, it is not about money or business. We are talking about values ​​and common security,” Zelensky said.

The Ukrainian President stressed that Ukraine and Israel are united by history and cultural ties. He recalled that in the first days of the war, Russian missiles attacked the Kyiv TV tower, as a result of which the Babi Yar memorial center located nearby was damaged.

Israel provided humanitarian aid to Kyiv and supplied it with medicines. For example, there are hundreds of Israeli doctors working in Ukraine who came as volunteers. For this, Volodymyr Zelensky thanked the Israelis.

“We feel that your society understands the situation, but we have no real contact with your government,” the politician said.

Earlier, the Israeli Ministry of Defense reported that they were ready to supply Kyiv only with non-lethal military equipment due to fears that Russia could “damage Israel’s security interests in Syria.” In this regard, the country has banned Germany from transferring Spike anti-tank missile systems to Ukraine, which are produced in Berlin under Israeli licenses and technologies. Instead, Tel Aviv sent 500 body armor and 2,000 helmets to Ukrainian civil and emergency organizations.

In early May, the Israeli authorities announced plans to increase military and civilian assistance to Kyiv after the scandalous statement by Russian Foreign Minister Sergei Lavrov about “Jewish blood of Hitler” and Jews as “the most ardent anti-Semites”. Israeli officials noted that it was becoming increasingly difficult for the country to maintain neutrality due to “growing evidence of Russian atrocities against civilians in Ukraine.”

In June, the Ukrainian ambassador Evgeny Korniychuk asked Israel to sell to Kyiv missile defense system (ABM) “Iron Dome”. “I want the Israeli government to get out of their comfort zone and get back to reality. We need Israel’s help,” the diplomat said. There was no official response to the request.

Share
Facebook
Twitter
WhatsApp
Linkedin
Email
Telegram
Previous articleMandakini: Mandakini is ready for the return of ‘Ram Teri Ganga Maili’! The complete getup has changed – see pics
Next articleAnnoyed by not being selected in the team, Pak cricketer attempted suicide, was found unconscious in the bathroom