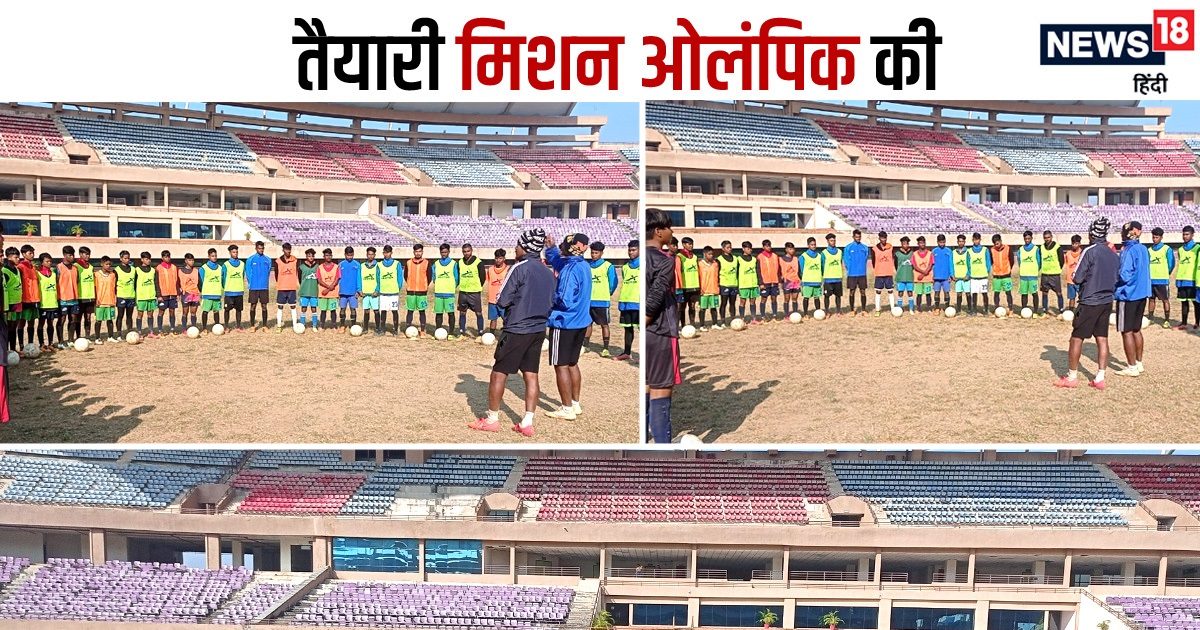 Jharkhand’s women footballers have made their mark in recent times

1000 rupees per player is being spent every month for the training of 100 footballers.

This group of players has been named as Group 100.

Ranchi. In Jharkhand, which is called sports state, talents related to every sport are coming to the fore. In this episode, the name of football is also emerging fast. Many players of Jharkhand have given their knock in football in the country and the world in recent times. In such a situation, preparations for Mission Olympics have started in full swing in Jharkhand.

Jharkhand’s talents, which are knocking strongly in the world of sports, have now kicked strongly in the world of football. Last month, in the FIFA Women’s World Cup Under-17, the way four players from Jharkhand made their presence felt by joining the national team. Encouraged by that, the journey of football in Jharkhand is now moving forward. A group of 100 talented football players has been formed for Mission Olympics in Ranchi’s Khelgaon. It consists of 50 girls and 50 boys.

This group 100, filled with many national players, is being given focused training for the Mission Olympics. Among these players, including Ranchi, Gumla, Khunti, Simdega, Bokaro, players in the age group of 9 to 16 years are being trained internationally. Players’ coach Somnath Singh told that on one hand, where the players are being trained on the field, on the other hand, they are being introduced to the playing style of legendary footballers like Messi, Ronaldo and Neymar. This Group 100 will be shown the matches of the FIFA World Cup starting in Qatar from 20 November.

International level teams like Brazil, France and Argentina and the playing style of big players will be introduced through video recording. About Rs 1 lakh per month is being spent on each player included in Group 100. This includes the expenses of the players’ education, their stay, nutrition, sports kit and travel for their training. The effort is to enhance the name of Jharkhand in front of the world by refining these talents.

Ajay Mukul Toppo, sports manager of JSSPS, a joint venture of the state government and CCL, said that girls between the ages of 9 and 15 are being trained for the Mission Olympics. Whereas in boys this age limit has been kept from 9 to 16 years. These children, who are included in Group 100, are being given training twice a day in the Khelgaon. He said that all the needs of the players, from education to sports, have been taken care of.

Share
Facebook
Twitter
WhatsApp
Linkedin
Email
Telegram
Previous articleTo avoid cold-cough, fever, this item is a must buy, the price starts from Rs.300 only.
Next articleWhatsApp: Mark Zuckerberg launched a new feature for WhatsApp, know what is the news for India