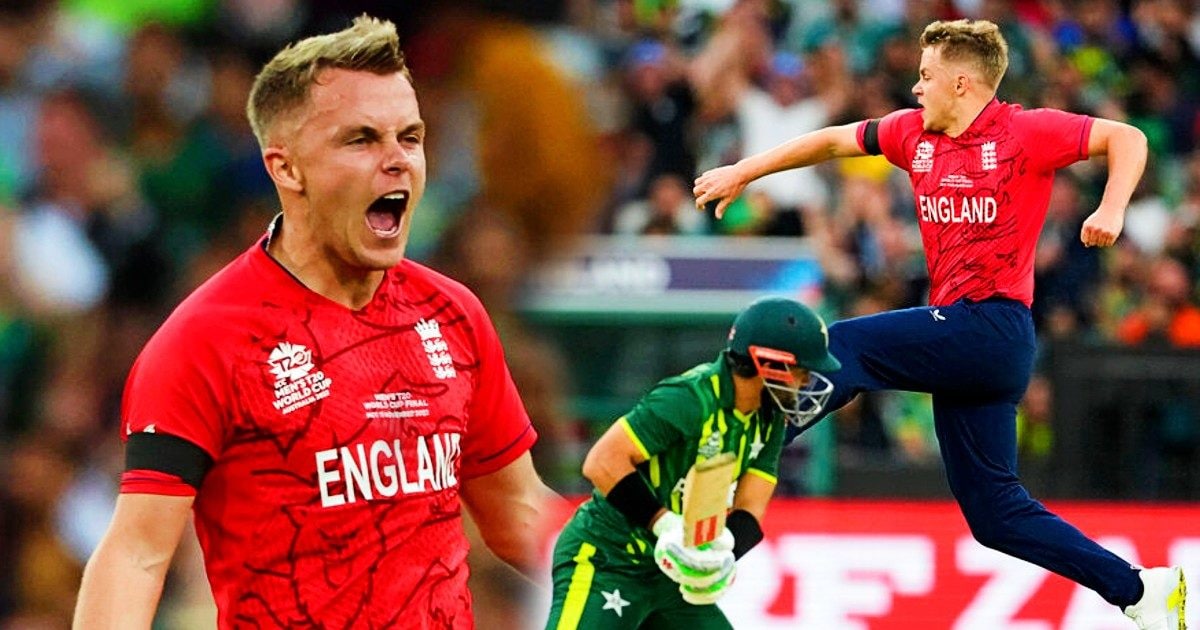 New Delhi. England proved their kingship by beating Pakistan in the final of the ICC T20 World Cup. In the title battle, Babar Azam’s team was able to score only 137 runs for 8 wickets. England captured the trophy by achieving this target in 19 overs at the loss of 5 wickets. Young sensation Sam Karen played an important role in this victory of the team.

In this tournament, this 24-year-old youth showed tremendous bowling performance. After playing a total of 6 matches, Sam took 13 wickets. During this, he also made the T20 International record for England. He took 5 wickets for 10 runs in 3.4 overs against Afghanistan. He became the first English bowler to open his claws in T20 format.

Sam started his international career with a Test match against Pakistan in June 2018. He got a chance to make his ODI debut against Australia in June itself. He played his first T20 International match against New Zealand in November of 2019. Sam has taken 47 wickets in 24 Tests. He has 16 wickets in 16 ODIs and 38 wickets in 34 T20Is.

IPL hat-trick in the name of Sam

Sam Karen has also shown his power in the Indian Premier League. This bowler from Punjab Kings did wonders of taking a hat-trick at the age of just 21. He took the wickets of Harshal Patel, Kagiso Rabada and Sandeep Lamichhane in the last over against Delhi Capitals.

Share
Facebook
Twitter
WhatsApp
Linkedin
Email
Telegram
Previous articleSanjay Raut described the political environment of Maharashtra as ‘sloppy’, said- democracy and freedom no longer exist
Next articleThere is a tussle between the Kerala government and the Raj Bhavan! Governor said – If I am targeted in the ordinance, I will send it to the President