3 captains who can retire after T20 World Cup, including a champion 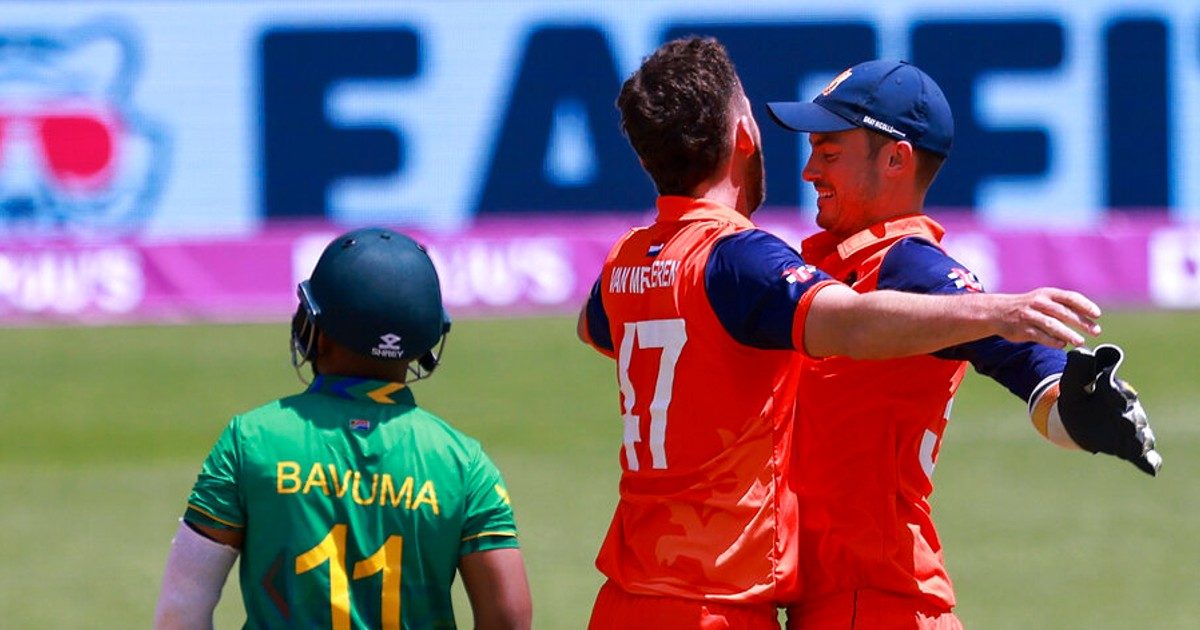 Defending champion Australia failed to progress beyond Super-12 round

The talk in this news will be about those captains, for whom this T20 World Cup can prove to be the last. Who can retire from this format or leave the captaincy till the end of this tournament. The first name in this is that of South African captain Temba Bavuma. South Africa started the T20 World Cup brilliantly under the captaincy of Bavuma. It seemed that the team would easily reach the semi-finals. But, first Pakistan and then Netherlands defeated him. South Africa’s T20 World Cup journey ended in the Super-12 round itself due to the loss to the Netherlands. Throughout the tournament, Bavuma was seen struggling to score runs.

Bavuma played the entire World Cup only with the status that he was the captain of the team. Otherwise, seeing his performance, he could hardly be seen in the playing XI. Bavuma scored just 70 runs in 5 innings of the T20 World Cup at a strike rate of 113. He also scored 20 runs in 20 balls against the Netherlands. His best score was 36 runs, which he scored against Pakistan. Bavuma has so far scored 635 runs in 33 T20Is at an average of 22.67 and a strike rate of 116, which would not be considered good for the T20 format.

In such a situation, he can retire from this format or can decide to leave the captaincy. However, Bavuma has said that he will not take any decision based on emotions. But, given the way South Africa were again labeled with chokers and suffered the worst defeat in the history of the World Cup, Bavuma sees only two options. The first is that he should retire from T20, the second is to leave the captaincy. Now it has to be seen what they decide.

Shakib Al Hasan’s poor performance
Bangladesh performed well in the current T20 World Cup under the captaincy of Shakib Al Hasan. Bangladesh won 2 out of 5 matches. He defeated Zimbabwe and the Netherlands. Bangladesh’s team could have upset against India too. But, the batsmen were shattered under pressure and their chance of reaching the semi-finals slipped from their hands. Shakib’s own performance in this T20 World Cup was mixed. He did amazing bowling. He took 6 wickets in 5 matches. But, he could not make a splash with the bat. He scored just 44 runs in 5 matches at an average of 8.80.

There was no edge in the captaincy of Aaron Finch
In the same year, Finch came to the floor with ashes. Last year, Australia won the T20 World Cup under his captaincy. This time Australia entered the World Cup with the status of defending champion. The expectations from the team were very high because of playing at home. But, the Australian team led by Finch had a poor start. In the first match itself, New Zealand defeated by a huge margin. After this, the team was never seen playing like a champion and finally the team’s journey came to a halt in the Super-12 round itself.

Finch’s performance with the bat was fine. He scored 107 runs in 3 matches at an average of over 53. But, his strike rate was 110, which will not be called good in terms of T20. He did not play in the last group match against Afghanistan. Australia won that match. But, after England’s win over Sri Lanka, their way to reach the semi-finals was closed.

T20 World Cup: Team India’s road to the semi-finals is like a roller-coaster ride

Finch is 35 years old. By the next T20 World Cup, he would have been 37 years old. In such a situation, his T20 career hardly lasted any longer. He had retired from ODIs just before the T20 World Cup. Australia’s team will now play the next T20 series against South Africa after 9 months. In such a situation, the chances of Finch retiring from T20 are high.

Earlier, Mohammad Nabi had resigned from the captaincy after Afghanistan’s poor performance in the T20 World Cup. He was disappointed with the performance of the team in this tournament and said that the team had not prepared properly for this big tournament. For this he was also angry with the selectors and the team management.

Is Shikhar Dhawan game over? Due to one weakness, the leaf can be cut from Team India