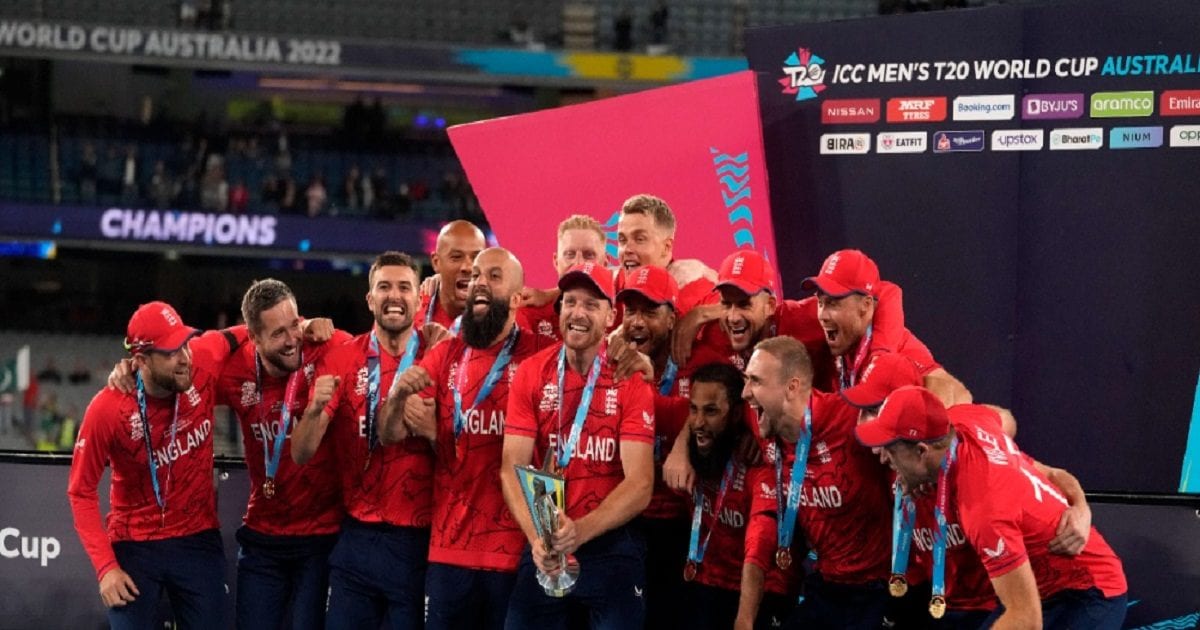 T20 World Cup: ICC announced the team of the tournament

New Delhi. England was successful in winning the T20 World Cup after 12 years. He defeated Pakistan by 5 wickets in the final played in Melbourne. Many players played an important role in making England the world champion. Apart from captain Jos Buttler, Alex Hales is involved in this. Apart from this, the performance of many players in the tournament was dazzling. Even though his team did not reach the finals. After the final, the International Cricket Council announced the Team of the Tournament. Out of 11 players in this team, 4 are from England.

England’s Alex Hales and Jos Buttler have got a place in this team as openers. At the same time, former Indian captain Virat Kohli is included at number-3. Kohli scored the most runs in the tournament and scored a total of 4 half-centuries. Suryakumar Yadav has got a place at number four in the team, who surprised everyone with his quick batting. New Zealand’s Glenn Phillips is at number five. As an all-rounder, Sikandar Raza of Zimbabwe and leg-spinner Shadab Khan of Pakistan have been placed in the ICC Team of the Tournament.

At the same time, in 8th place is England’s bowling all-rounder Sam Karen, who was also elected Player of the Tournament. South African pacer Enrique Norkea is at number 9, Mark Wood of England at number 10 and Pakistani pacer Shaheen Shah Afridi, who returned from injury, is at number 11. The 12th player of this team is Indian all-rounder Hardik Pandya.

T20 World Cup Final: How the man who defeated England made Butler’s team the world champion of T20?