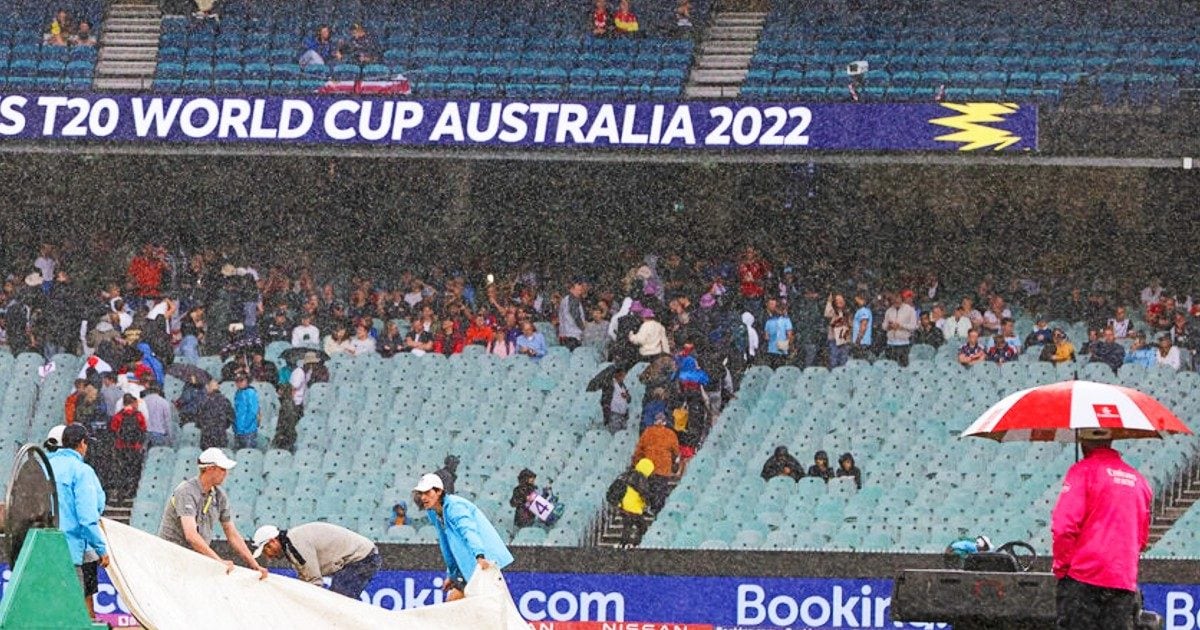 Due to rain, it was not possible to even toss in the match.

New Delhi. Due to rain in the ICC T20 World Cup, the game of some teams seems to be deteriorating. So far two matches have to be canceled in which both the teams were given 1-1 points. On Wednesday, the match between New Zealand and Afghanistan team in Super 12 got washed out due to rain. The rain showed such a game that it was not possible to get the toss done in the match. Sharing the points for the New Zealand team, which started with a bang against Australia, may be heavy.

A match in the T20 World Cup can make it difficult for any team to reach the semi-finals. The format of the tournament is such that every single match is important here. Especially the match of the team claiming to win the title against the team that is considered weak becomes even more important. The match played between New Zealand and Afghanistan on Wednesday could not be held due to rain and it had to be cancelled.

In Group 1, the New Zealand team has been placed along with hosts Australia, England, Sri Lanka, Afghanistan and Ireland. After the performance against Australia, New Zealand’s victory over Afghanistan was considered certain. Now due to distribution of 1 point, the team will have to win all the three remaining matches ahead of them. Ireland has upset England by defeating, so the equation of the semi-finals can deteriorate at any time. On the other hand, the team is expected to get a tough competition from Sri Lanka and England.

South Africa, who were close to victory against Zimbabwe, were forced to share points due to rain. The match could not be completed and South Africa got two points from an easy win, they were halved. Now it has become necessary to win all the remaining matches in front of him as well. Out of this, he has to come in front of the teams of India and Pakistan as well.

Share
Facebook
Twitter
WhatsApp
Linkedin
Email
Telegram
Previous articleWhatsApp stole Facebook’s look! Now the status will look something like this
Next articleMahindra shared the free-fall video of the army men, wrote – filled me with energy for the rest of the week

If you use Gmail, then know these 4 important features, life will become easier