Another upset in T20 World Cup, West Indies kneel in front of Scotland 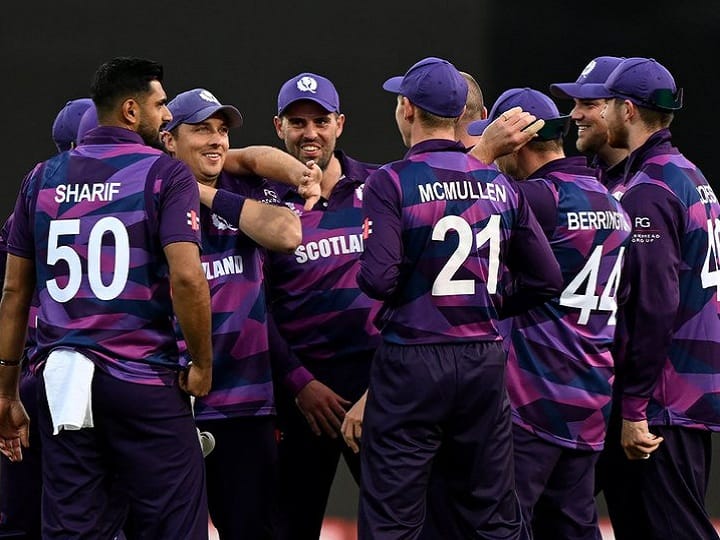 WI vs SCO: There has been another big upset in the T20 World Cup 2022. Here Scotland has defeated two-time T20 World Cup champion West Indies. Scotland, batting first, scored 160 runs for the loss of 5 wickets, in response, the Windies team was all out for just 118 runs. Scotland’s team dominated the entire time in this match. The condition was that the West Indies team could not give any competition to Scotland.

West Indies captain Nicholas Pooran won the toss and elected to bowl first. Scotland’s openers gave the team a good start and added 55 runs for the first wicket in 6.2 overs. The wicket of Michael Jones (20) fell on this score. Opener George Munsey remained at one end and played an unbeaten innings of 66 runs off 53 balls. The batsmen from the other end lost wickets early in the pursuit of playing fast-paced innings. Matthew Cross (3), Captain Richie (16), Kalum McLeod (23) and Michael Leask (4) kept on playing small innings. Chris Greaves remained unbeaten on 16 off 11 balls. Here Alzarri Joseph and Jason Holder got 2-2 wickets for the Windies. Odin Smith also took a wicket.

Windies team could not play even 20 overs
West Indies’ start was average. Kyle Meyers scored 20 runs off 13 balls and Evin Lewis returned to the pavilion after scoring 14 runs off 13 balls. However, by this time the West Indies’ score was 53/2 in 5.5 overs. From here there was a flurry of troubles. Brendan King was dismissed after scoring 17 runs and after that none of the Windies batsman could touch the double mark except Jason Holder (38).

Sri Lanka has also become a victim of vicissitudes
There was a big upset in the opening match of T20 World Cup 2022 itself. Namibia defeated Sri Lanka in the first match of the first round held on 16 October. Batting first, Namibia had scored 163 runs, in response, the entire team of Sri Lanka was all out for 108 runs.

IPL starts process for auction, all teams will have to give list of retained players by November 15

T20 World Cup 2022: Will the matches be held on the next day after being washed away by rain? Know what are the rules of reserve day in T20 World Cup

Share
Facebook
Twitter
WhatsApp
Linkedin
Email
Telegram
Previous articleIf you are planning to buy a bike on Diwali, wait for Wednesday, this beautiful motorcycle of TVS will be launched
Next articleOn the last day of Amazon sale, take home this beautiful tablet for just Rs 3589