As Pakistan reached the semi-finals, sweat to make a small score 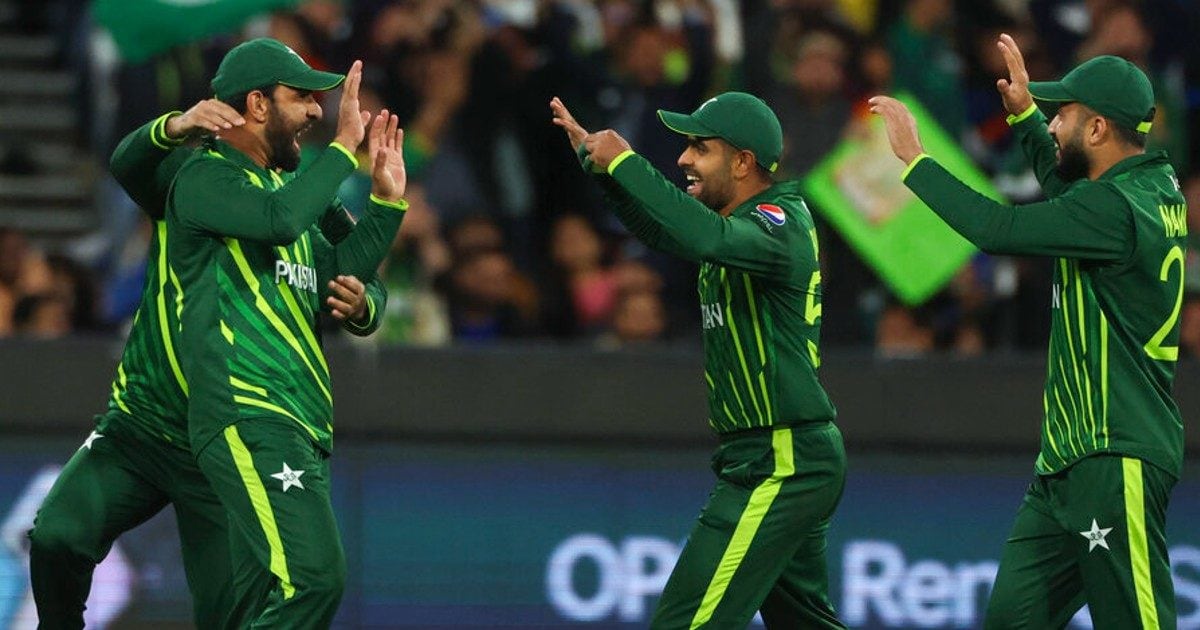 New Delhi. Pakistan’s team, almost out of the race for the semi-finals in the ICC T20 World Cup, defeated Bangladesh to secure a place in the last four. Batting first, Bangladesh had scored just 127 runs for 8 wickets. Pakistan secured the semi-final ticket by achieving the target at the loss of 5 wickets in 18.1 overs. After achieving this victory, the team secured the top position in the points table for the first time.

Captain Babar Azam and Mohammad Rizwan gave a good start to the Pakistan team chasing the target of 128 runs from Bangladesh. Both gave a strong start to the team by making a half-century partnership. Babar was dismissed for 25 while Rizwan scored 32 runs. Mohammad Haris scored 31 runs in 18 balls. By taking 5 wickets, Bangladesh forced the team to sweat even to achieve a small score. Najmul Ahmed, Shakib, Mustafizur and Ibadat Hossain took 1-1 wickets for Bangladesh.

After winning the toss and opting to bat first, the batting of Bangladesh team cheated in the crucial match. After losing two wickets for 73 runs, the team seemed to be moving towards a good score, but suddenly the batsmen knelt in front of the Pakistan bowlers. Najmul Hossain was the only batsman to score a half-century. He scored 54 runs in 48 balls with the help of 7 fours. Captain Shakib Al Hasan had to be a victim of a controversial decision.

As Pakistan in the semi-finals

Pakistan, which started with a loss against India, suffered a humiliating defeat in the next match against Zimbabwe. After losing two consecutive matches, the team was almost out of the race for the semi-finals. The victories against the Netherlands and then South Africa kept the team’s hopes alive. The team needed a reversal before landing in the last match and the Netherlands did it by defeating South Africa. Pakistan reached the semi-finals after winning against Bangladesh.