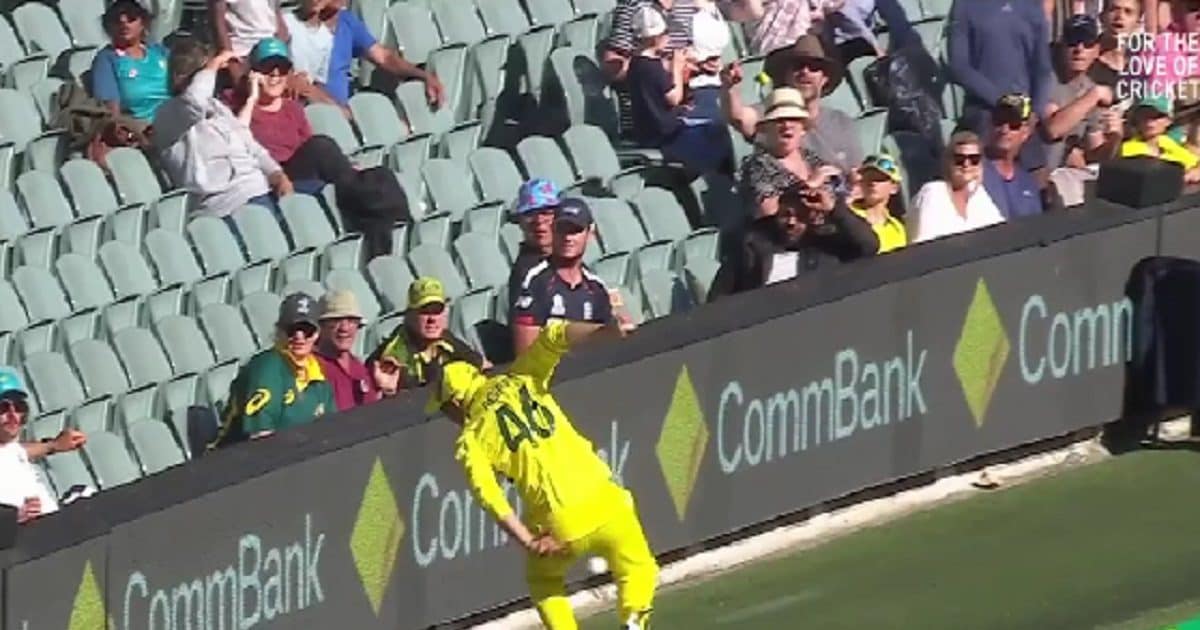 3 ODI series being played between Australia and England

New Delhi. England has entered the field only 4 days after winning the T20 World Cup. The collision is in his house from Australia. A 3 ODI series is being played between the two countries. Its first match is being held in Adelaide. In this match, Australian captain Pat Cummins won the toss and decided to bowl first. England scored 287 runs in 50 overs at the loss of 9 wickets. For England, David Malan played a brilliant inning of 134 runs in 128 balls.

Malan hit 12 fours and 4 sixes in his innings. One more six could have been added to his innings. But, Ashton Egger saved the six while doing amazing fielding on the boundary. The way Egar saved this aerial fire of Malan from crossing the boundary. Everyone will be stunned to see that. Its video is now going viral.

This happened in the 45th over of England’s innings. Australian captain Pat Cummins was throwing this over. His last ball of this over was a little short of length. On this, Malan played a strong pull shot towards the mid-wicket and what to him, the Australian team also felt that the ball would fall straight across the boundary and 6 more runs would be added to England’s account. But, quite the opposite happened. Ashton Agar, fielding at the mid-wicket boundary, saw the ball falling across the boundary, flew straight into the air like Superman and threw the ball inside the ground with his left hand while still in the air before falling down.

This whole incident happened so fast that no one understood that Egar had saved a six with his excellent fielding. Malan ran and took a single. In this way Egar scored 5 runs for his team.