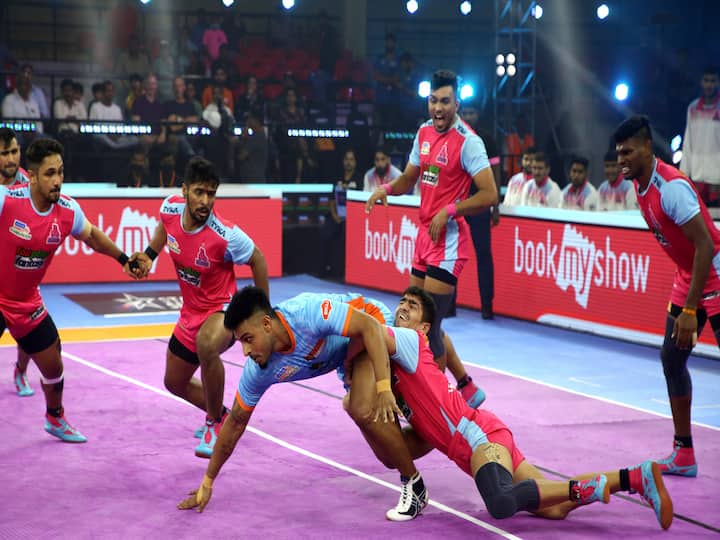 Bengal Warriors vs Jaipur Pink Panthers: In the 26th match of Pro Kabaddi League (PKL), Jaipur Pink Panthers has won a spectacular victory against Bengal Warriors. Jaipur won the match 39-24. This is Jaipur’s fourth consecutive win this season, while Bengal has got its first defeat after three consecutive wins. Jaipur had a strong hold on the match for most of the time and did not give Bengal a chance to make a comeback.

Maninder Singh flopped badly in the first half

For the first 10 minutes of the match, the match was going on in a straight line and no difference was visible between the two teams. When it seemed that the fans were going to see a tough competition between the two in-form teams, then Jaipur gradually started tightening the grip on the match. All out Bengal in the 14th minute, Jaipur took a 6 point lead in the match.

Bengal could not make a comeback after being all out and by the end of the first half, Jaipur had a lead of 8 points. Bengal captain Maninder Singh flopped badly and could take only one point despite raiding 8 in the first half. Arjun Deshwal performed brilliantly for Jaipur and scored 6 points in the first half.

Jaipur dominated in the second half as well

Bengal did not have good luck in the second half as well and they were not able to make a comeback despite constant efforts. After the end of 10 minutes of play, Bengal were all out for the second time and now Jaipur’s lead was 13 points. While Maninder Singh’s flop show was continuing, Arjun of Jaipur completed the third Super 10 of the season. Arjun has become the second raider to take 50 or more raid points this season.

Exclusive: How One ordinary Farmer of Son made Tamil Thalaivas of new heromilf 18 year Of Narendra Kandola has Told My target

Exclusive: 300 Rupees Daily Feather Farm In Labour does was Gujarat of This star playerabp News From narrate Of Conflict Of Story