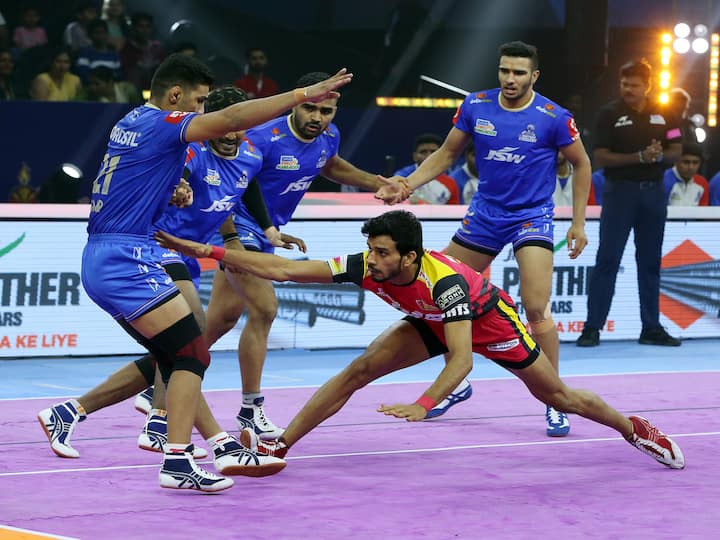 Haryana got all out twice in the first half itself

The start of the match was very strong in which Bengaluru did not give Haryana a chance to recover. All out Haryana in the first four minutes, Bengaluru took a five-point lead in the match. Nine minutes later, Haryana’s team was all out for the second time and this time Bengaluru’s lead had increased to 13 points. By the time half time, Bengaluru had taken a huge lead of 16 points and Haryana had little hope of returning the match.

Haryana made a comeback in the second half

In the second half, Haryana showed some improvement in its game, but Bengaluru did not give Haryana a chance to return by taking consecutive points. With the passage of 10 minutes in the second half, Bengaluru was ahead of the match by 14 points and the poor performance of Haryana’s defense continued. With two minutes left, Mitu Sharma dismissed the last two defenders of Bengaluru and gave them all out. With this, Haryana was left behind by only seven points. In the last minutes, Bengaluru showed restraint and secured a close win.

Exclusive: How the son of an ordinary farmer became the new hero of Tamil Thalaivas, 18-year-old Narendra Kandola told his goal

If you want to eat sugar free sweet dish then make Phirni made of saffron.