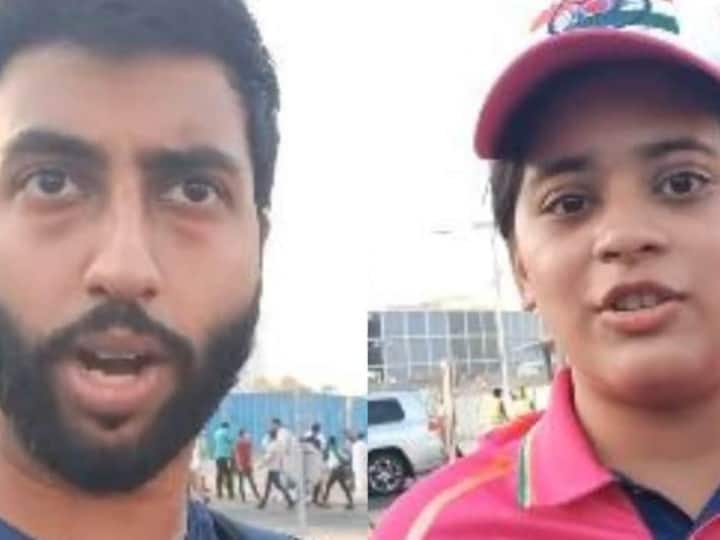 Bharat Army Viral Video: The Asia Cup 2022 final match between Pakistan and Sri Lanka is going on, but in the meantime the India Army has made a big claim. Actually, India Army says that Indian fans who went to the stadium to watch the final of Asia Cup 2022 were not allowed inside. According to the India Army, in the final match between Pakistan and Sri Lanka (PAK vs SL 2022), spectators wearing Indian jerseys were treated badly. Also, Bharat Army has shared this video on social media.

‘Indian fans were thrown out by the police’

Bharat Army has shared this video from the official Twitter handle. Actually, in this video, fans of India Army are seen going out of Dubai Cricket Stadium. Also in this video the fan says that since we were in the Indian team jersey, we were not allowed inside the stadium because of this. The Indian fan claims that the policemen were pushing the Indian fans out. During this the policemen were saying that India out.

The @icc , @ACCMedia1 we urge you to investigate as our members traveled all they way from India to watch the #AsiaCup2022 and have been told they can’t enter the stadium by local officials and the police! Absolutely shocking treatment!#BharatArmy #PAKvSL

At the same time, Indian fans say that the people present in the Dubai International Stadium were saying that if you want to come inside the stadium, then come inside wearing the jersey of Pakistan or Sri Lanka. After which, in the video shared by the Indian Army on Twitter, Indian fans are asking why should we go to Sri Lanka or Pakistan jersey. At the same time, apart from this, India Army has also done ICC and Asian Cricket Council. At the same time, the fans furious on social media are demanding strict action in this whole matter.

Viceo: Naseem Shah’s swing ball caught all four of Kusal Mendis, see how he got bowled