Deepti Sharma caught a surprising catch with one hand, video of the final match going viral 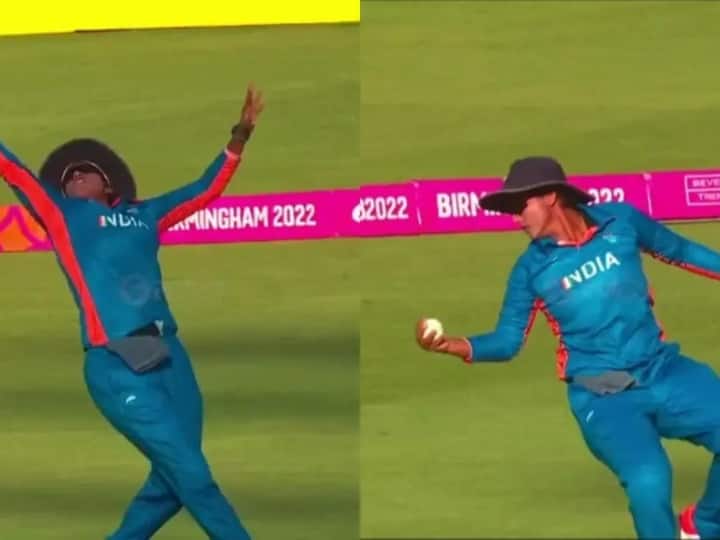 Deepti Sharma India Women vs Australia Women Final CWG 2022: Indian women’s cricket team won silver medal in Commonwealth Games 2022. Australia defeated it by 9 runs in the final. In this match, Indian player Deepti Sharma took a brilliant catch. The video of his catch is going viral on social media. Deepti caught the catch of Australian player Beth Mooney. Mooney was dismissed after playing a brilliant innings of 61 runs in this match.

Batting first, Australia scored 161 runs. During this, Beth Mooney and Healy came to the opening. Mooney was dismissed for 61 runs in 41 balls. She was caught at mid-on to Deepti in Sneh Rana’s over. Deepti caught this difficult catch with one hand and sent Mooney to the pavilion. The video of this catch of Deepti is becoming very viral on social media and is being liked.

Significantly, in this match, India had got a target of 162 runs to win. But Team India was all out on the score of 152 runs. Harmanpreet Kaur played a brilliant innings of 65 runs in 43 balls for India. He hit 7 fours and 2 sixes. Indian team had to face defeat by 9 runs in this match.

What a catch from Deepti Sharma one handed catch
One word for this catch#INDvsAUS #IndianCricketTeam pic.twitter.com/hdZ5Lav9bV

Also read: Aisa Cup 2022: Rohit Sharma said about Pakistan – have to wave the tricolor once again

CWG 2022 Medal Tally: India has got 55 medals so far, here is the complete list of medal winners