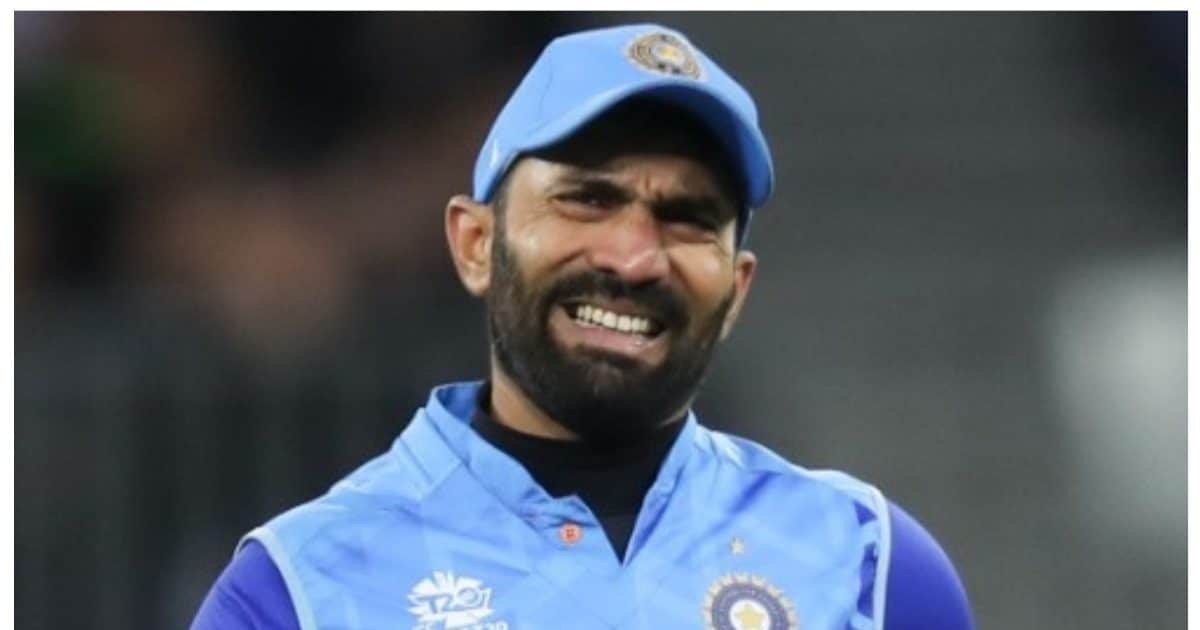 Seeing the celebration of English players hanging their faces

Indian team got defeated in the semi-final match

New Delhi. England has entered the final by defeating the Indian team in the semi-final match. The English players looked very happy after the historic victory against the Blue Army in Adelaide. During this, a video has been shared by the ICC from the official Instagram account of the T20 World Cup. In this video, all the players are seen hugging and wishing each other.

In a video shared by the ICC, at one place, Indian veteran wicketkeeper player Dinesh Karthik is seen watching the celebrations of English players with their heads bowed. Karthik was not a part of the playing XI in the deciding semi-final against England.

Batting first after losing the toss in the semi-final match, the Indian team managed to score 168 runs in 20 overs against the English team. All-rounder Hardik Pandya, who came to bat at the fifth order for the team, contributed the highest 63 runs in 33 balls at a strike rate of 190.90. During this, his bat hit four fours and five sixes.

Apart from Pandya, the second highest scorer for the Indian team was experienced batsman Virat Kohli. Batting at the third order for the team, he contributed 50 runs in 40 balls. Kohli managed to hit four fours and a six in the semi-finals.

Hales and Butler gave victory to the English team:

The target of 169 runs given by India was easily achieved by the English team in 16 overs without any loss. Opening the innings for the team, Alex Hales and Captain Jos Buttler played explosive fifties, and returned to the pavilion to win the team.

Share
Facebook
Twitter
WhatsApp
Linkedin
Email
Telegram
Previous articleT20 WC 2022 Final: When and where to watch the final match between Pakistan and England?
Next articleInvest for daughter’s marriage from today itself, 50 lakh fund will be ready in just 7 years- know how