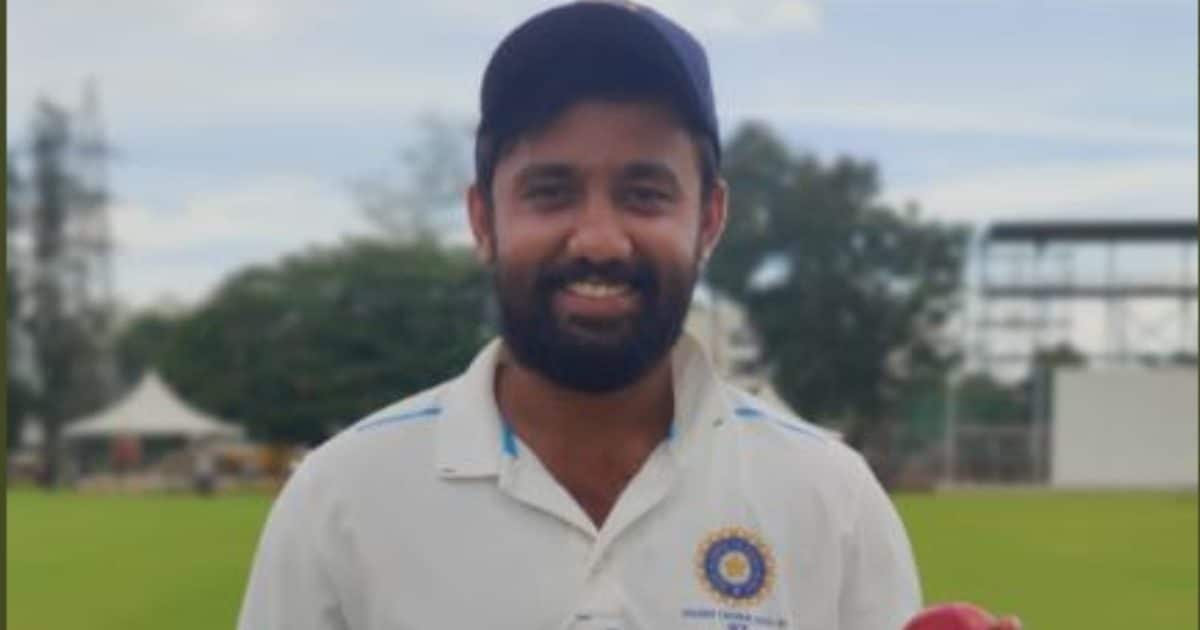 New Delhi. Ajinkya Rahane-led West Zone team defeated Central Zone by 279 runs to enter the final of Duleep Trophy where they will face South Zone. In the first semi-final played in Coimbatore, the West Zone team easily defeated the team led by Karn Sharma. On the fourth and last day of the match, Shams Mulani, the left arm spinner of the West Zone, showed his amazing spin. Mulani forced the Central Zone to kneel easily by taking 5 wickets in the second innings.

Mulani took five for 72 while Chintan Gaza took three for 49. The target of 501 runs was in front of the Central Zone team. Chasing a big target, Central’s team was bundled out for 221 runs in just 57.1 overs. Rinku Singh scored 65 runs for Central Zone, while Kumar Karthikeya (39) and Ashok Menaria (32 not out) played useful innings.

Also read: ‘There were many options, but…’: Rohit Sharma explains why Umesh Yadav was taken in the team instead of Mohammed Shami

Central Zone started playing ahead of 33 runs for 2 wickets
Central Zone started the day with 33 runs for two wickets. Karthikeya and Shubham Sharma (24) kept the West Zone bowlers from success in the first hour and took the team’s score close to 100 runs. Atheet Seth broke this partnership by bowling Kartikeya. Mulani then got Shubham caught by wicketkeeper Het Patel. After Gaja dismissed Priyam Garg (06) lbw, captain Karn Sharma (14) was caught by the wicketkeeper at the hands of the wicketkeeper and the middle zone scored 97 for two at 121 for six.

Rinku Sharma and Menaria added 88 runs
Rinku and Menaria added 88 runs for the seventh wicket to extend the wait for West Zone to win. Mulani broke this partnership by getting Rinku caught by Armaan Jaffer. Rinku faced 71 balls and hit seven fours and two sixes. Jaydev Unadkat got Ankit Rajput (02) caught by captain Ajinkya Rahane while Mulani ensured West Zone victory by sending Gaurav Yadav (00) and Aniket Chaudhary (04) to the pavilion. For West Zone, Prithvi Shaw scored 60 runs in the first innings and 142 runs in the second innings.