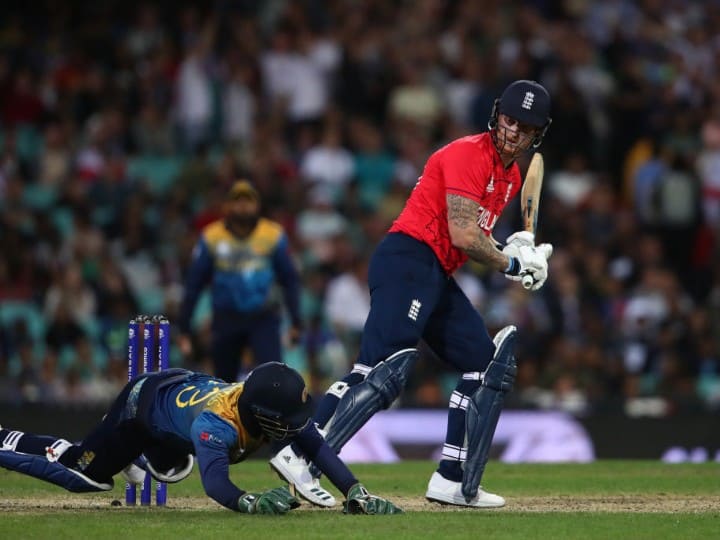 England vs Sri Lanka T20 World Cup 2022: England defeated Sri Lanka by 4 wickets in the match played in Sydney on Saturday. With this win, England has become the second team to reach the semi-finals. With the victory of England, Australia’s dream of reaching the semi-finals was shattered. Batting first in Sydney, Sri Lanka gave a target of 142 runs. In response, England won the match with the loss of 6 wickets. Ben Stokes and Alex Hales played match winning innings for the team.

Alex Hales and Ben Stokes contributed significantly to England’s victory. Hales played a strong innings for the team that came out chasing the target given by Sri Lanka. While Stokes scored an unbeaten 42 off 36 balls. He hit 2 fours. Stokes took 2 runs off the first ball of the last over. After this 1 run was taken off the next ball. Stokes left the third ball empty and gave victory by hitting a four on the fourth ball.

England had a strong start. Jos Buttler and Alex Hales came to open for the team, chasing the target given by Sri Lanka. During this, Butler scored 28 runs in 23 balls. He hit 2 fours and a six. Hales scored 47 runs off 30 balls. His innings included 7 fours and a six.

Harry Brooks and Liam Willingstone couldn’t do much. Both these players got out after scoring 4-4 ​​runs. Moeen Ali returned to the pavilion after scoring just 1 run. Sam Curran also went on to make 6 runs off 11 balls. In this way the team achieved the target in 19.4 overs at the loss of 4 wickets.

Batting first, Sri Lanka scored 141 runs in 20 overs with the loss of 8 wickets. During this, Pathum Nisanka gave a good start to the team. He scored 67 runs off 45 balls. Nisanka’s innings included 5 sixes and 2 fours. But after that none of the players could do anything special. Kusal Mendis was dismissed after scoring 18 runs in 14 balls. Bhanuka Rajapaksa scored 22 runs off 22 balls. He also hit 3 fours. Dhananjaya de Silva returned to the pavilion after scoring 9 runs. Captain Shanaka was dismissed after scoring just 3 runs.