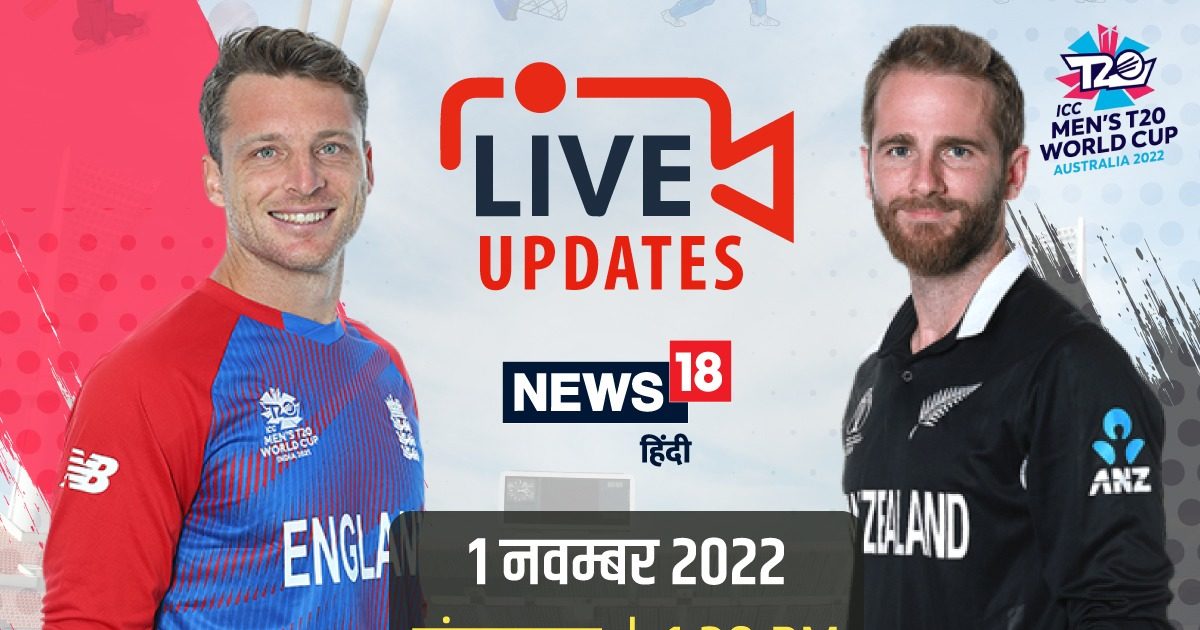 New Delhi. In the 33rd match of the T20 World Cup, England defeated New Zealand by 20 runs. England scored 179 for six in the ICC T20 World Cup match against New Zealand with half-centuries from openers Jos Buttler and Alex Hales. In response to this target, despite Glenn Phillips’s 62 runs, New Zealand could only manage 159 runs for the loss of 6 wickets in 20 overs. For England, Chris Woakes and Sam Curran took two wickets each while Ben Stokes and Mark Wood took one wicket each. Earlier, captain Butler shared an 81-run partnership for the first wicket with Hales (52 runs in 40 balls) apart from playing an innings of 73 runs in 47 balls. Butler became the leading run-scorer for England in T20 International cricket, overtaking Eoin Morgan during this innings.

Buttler hit seven fours and two sixes in his innings while Hales hit seven fours and a six. New Zealand, however, bowled better in the last three overs, taking four wickets including Butler and spending only 22 runs during this period. In the 19th over of the innings, Tim Southee dismissed Harry Brooke (08) and Ben Stokes (08) within three balls, leaving England 10 to 15 runs less than expected.

During this innings, luck also supported Butler. He got life on the scores of eight and 40. He got his first life in the powerplay when his New Zealand counterpart Kane Williamson jumped into the covers and caught the ball but when he fell down, the ball got out of his hand. Butler took the lead after Hales was dismissed. He targeted Lockie Ferguson and once again he got lucky when Daryl Mitchell dropped his easy catch at the midwicket boundary.

After returning to the team, the 33-year-old Hales, who was in excellent form, scored his third half-century in the last 12 innings. Both avoided playing shots in the air in the powerplay, which is not their natural game. England set the stage for a big score by scoring 77 runs in 10 overs without losing a wicket. Mitchell Santner (1 for 25) and Ish Sodhi (1 for 23) put some curb on the run-rate. Left-arm spinner Santner varied his pace well. Santner gave New Zealand the first breakthrough by stumping Hales. Moeen Ali, sent at number three, disappointed and after scoring five runs became the victim of Ferguson (2 for 45) in the 14th over.

The Kiwi team, led by Kane Williamson, would like to secure a place in the semi-finals by registering a win. Whereas for England, this match is like do or die. If the English team loses in this match, then its sack will be tied to the T20 World Cup.

Share
Facebook
Twitter
WhatsApp
Linkedin
Email
Telegram
Previous articleIf you see these symptoms in the body, be careful, may have a heart attack
Next articleFormer President’s nephew, even after playing 16 years, did not get a place in the World Cup team