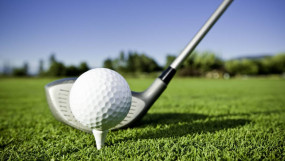 Digital Desk, New Delhi. DP World Tour announced the Hero Cup on Wednesday. A new team will play the match in the tournament, as they aim to give European players experience in the format. It will be held at Abu Dhabi Golf Club from January 13 to 15, 2023. The two ten-man teams comprising players from Britain and Ireland and Continental Europe will be selected by the two team captains, who will preside over their tournaments in due course.

Donald will work with both teams in Abu Dhabi and keep a close eye on matches over the three days, which will include a four-ball session in the competition and a singles session, with 20 matches in all. Players will participate in each session.

He said, “When I was appointed as the Ryder Cup captain, one of the first things I wanted to do was to play a team match to give future Ryder Cup players, vice-captains and captains the experience to play and lead. The competition was to be reinstated.

Share
Facebook
Twitter
WhatsApp
Linkedin
Email
Telegram
Previous articleMadhuri told this TV actor Ranveer Singh of TV, you too will be stunned to see the performance
Next articleDo not forget to sleep in this position, otherwise the condition can spoil the spine.