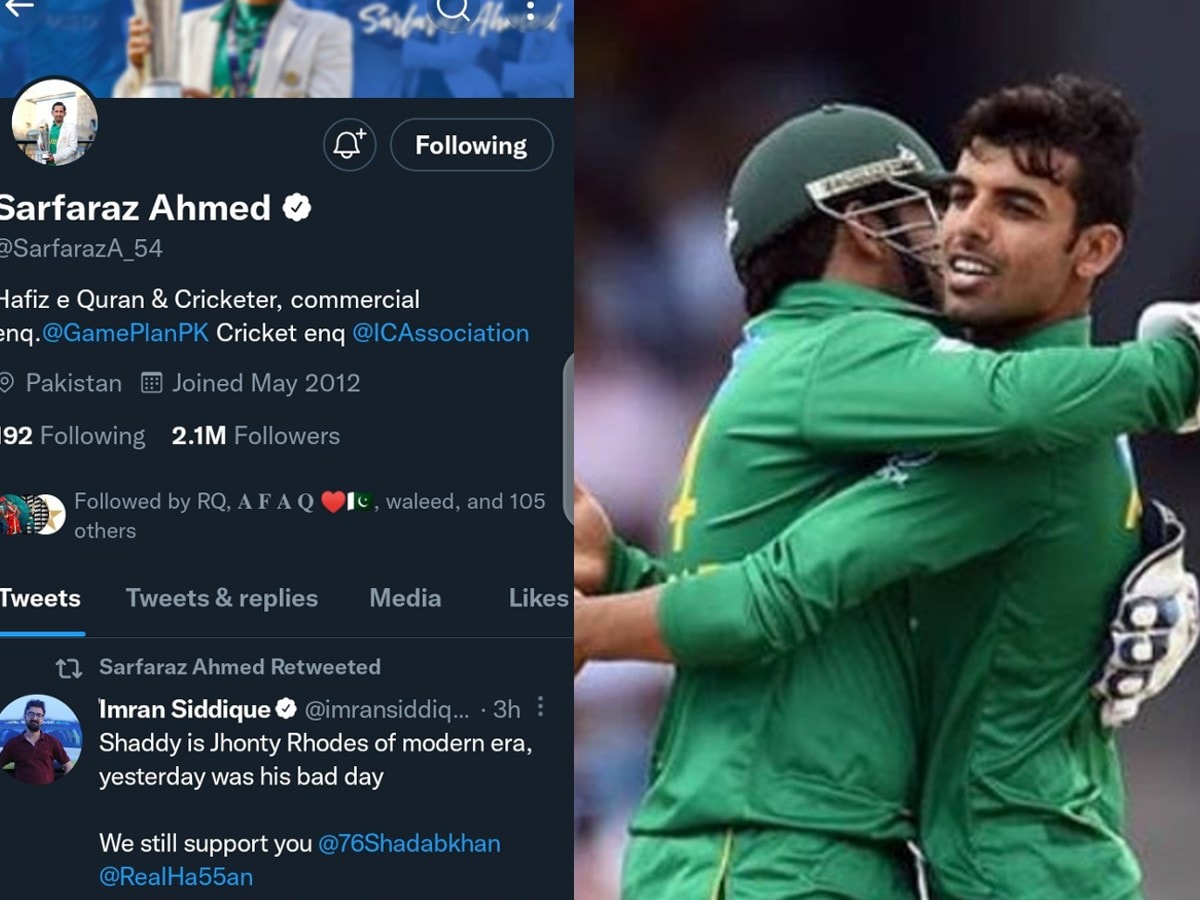 Former captain Sarfaraz Ahmed and Pakistani journalist are being trolled.

People said – it has become too much to compare with Jonty Rhodes.

People are constantly talking about this.

People are trolling and insulting former captain Sarfaraz Ahmed as well as Pakistani journalist. He said that it has become a bit much. Had to compare Shadab Khan, he would have done it with Ravindra Jadeja, Aidan Markram or anyone else. But comparing it to Jonty became too much.

Let us tell you that Shadab Khan had dropped some catches against India in the Asia Cup. Trollers are reminding him too. He is saying that before telling Jonty Rhodes of Modern Era, see his drop catch too. Although some people are also commenting in support.

A user named Zaifa Tassaadak writes, “He (Shadab Khan) is Jonty, Guptill, Jadeja all for us. He is the best fielder in Pakistan like Jadeja is for India. Another user wrote that if you do not know about Shadab Khan, then let me tell that he is on fire in the field.

Share
Facebook
Twitter
WhatsApp
Linkedin
Email
Telegram
Previous articleExplainer: Why is the government bringing strict rules for social media influencers, know the reason for the fine up to 50 lakhs
Next articleIf a dog bites, when should the injection be given? Know from the doctor how to treat