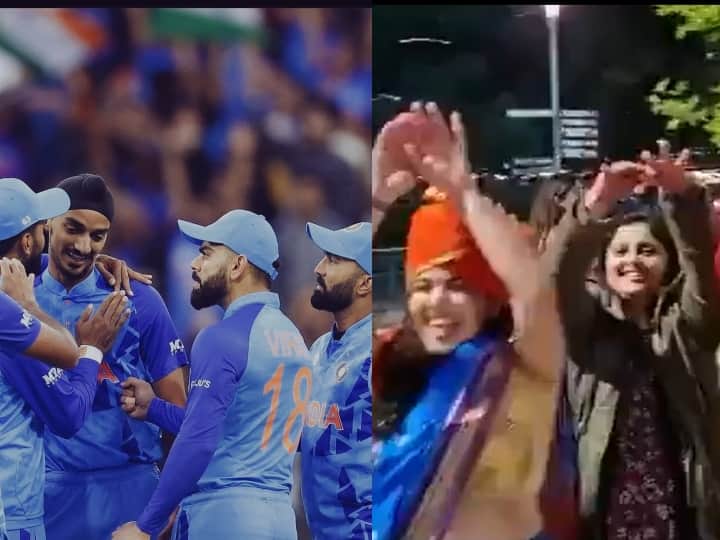 India vs Bangladesh: Team India defeated Bangladesh by 5 runs in the important match of T20 World Cup held in Adelaide. This match between both the teams was very exciting and the result of this match could be out in the last over. After this victory of India, a lot of happiness was also seen in the fans and many Indian fans were seen doing serpent dance after this victory. Let us tell you that with the victory in this match, the Indian team has made it to the first place in Group B of T20 World Cup Super-12 with 6 points.

Fans celebrated by performing serpent dance
Indian fans were very happy after winning the thrilling match against Bangladesh in Adelaide. Team India’s fans danced a serpent outside the stadium in the joy of this victory and celebrated the victory of this banging match. The video of Indian fans doing serpent dance on social media is now becoming increasingly viral.

In this viral video you can see that the Indian fans are dancing outside the stadium after the victory. Let us tell you that the Bangladesh team and their fans always adopt the way of celebrating by dancing the serpent. After their victory, Bangladesh team pulls up the opposing team by performing serpent dance.

Team India reached the semi-finals
Indian cricket team defeated Bangladesh by 5 runs in their fourth match of T20 World Cup 2022. The Indian bowlers showed a great game in the rain-affected match. Batting first, India had made a big score of 184 runs, but during Bangladesh’s batting, it started raining only after seven overs. Bangladesh had got a target of 151 runs in 16 overs, but Bangladesh could score only 145 runs.

PAK vs SA: Babar Azam flopped again, returned to the pavilion after scoring 6 runs in the important match against South Africa

Share
Facebook
Twitter
WhatsApp
Linkedin
Email
Telegram
Previous articleIndia’s Jemima Rodrigues and Deepti Sharma nominated for ICC Player of the Month Award
Next articleHow does Amitabh Bachchan keep himself so fit at the age of 80? Told what food is left