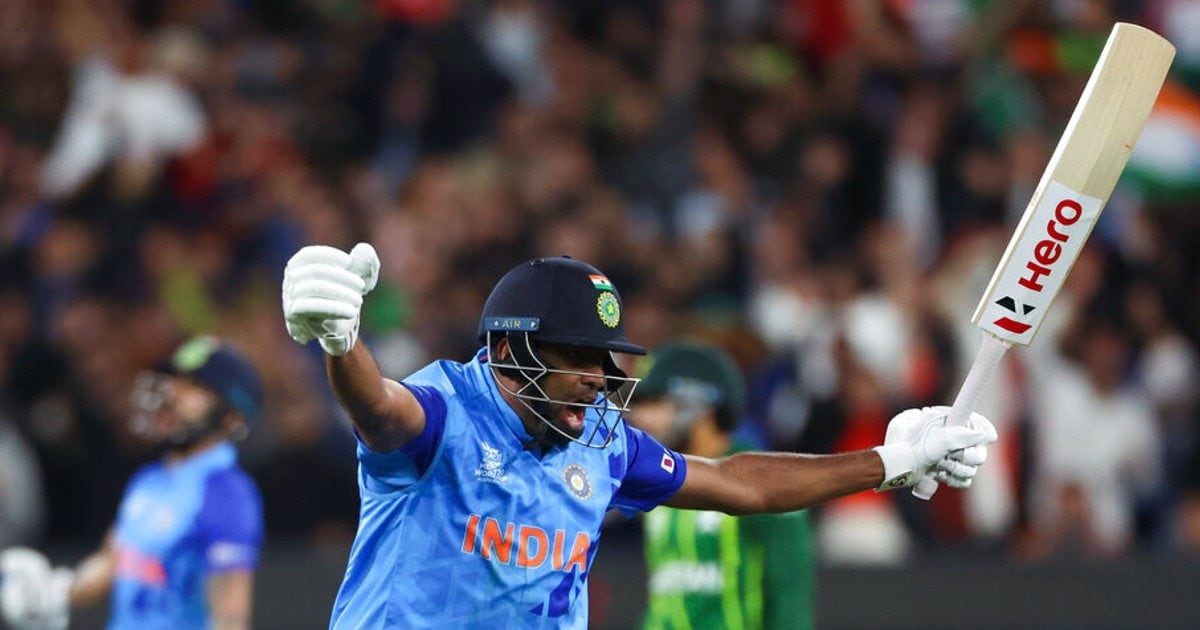 The Indian team will play its next match in the World Cup on 30 October.

Actually, Dinesh Karthik was stumped at the last turn of the match. During that time, Team India needed two runs off 2 balls. After the dismissal of Karthik, R Ashwin was present at the crease and now 2 runs were needed from 1 ball to win. But Pakistan spinner Mohammad Nawaz made the game easy for Ashwin and bowled a wide ball. The Indian spin master has given a shocking reaction remembering that moment.

Would have retired if Nawaz had a beat on the ball: R Ashwin

During a conversation with Hrishikesh Kanitkar, Ashwin said, ‘If Nawaz’s ball had turned and hit my pads, I would have gone straight to the dressing room and wrote on Twitter thank you so much, my cricketing career was very good and thank you all. As soon as I saw that the ball was going to the leg side, then I thought that I will leave it. After the ball went wide, I became quite relaxed.

Jos Buttler’s hopes were watered, then the pain spilled .. said – it is shameful …

Team India has made a great start in the T20 World Cup. First, Rohit Sharma and Company registered a great win against arch-rivals Pakistan. After that defeating Netherlands by 56 runs has taken one more step towards the semi-finals. Team India will play its next match against South Africa in Perth on 30 October. The Indian team would like to maintain their winning streak in this match as well.