Ind vs Pak: Sunil Gavaskar jumped like a child on Pakistan’s defeat, opened the secret about his viral celebration 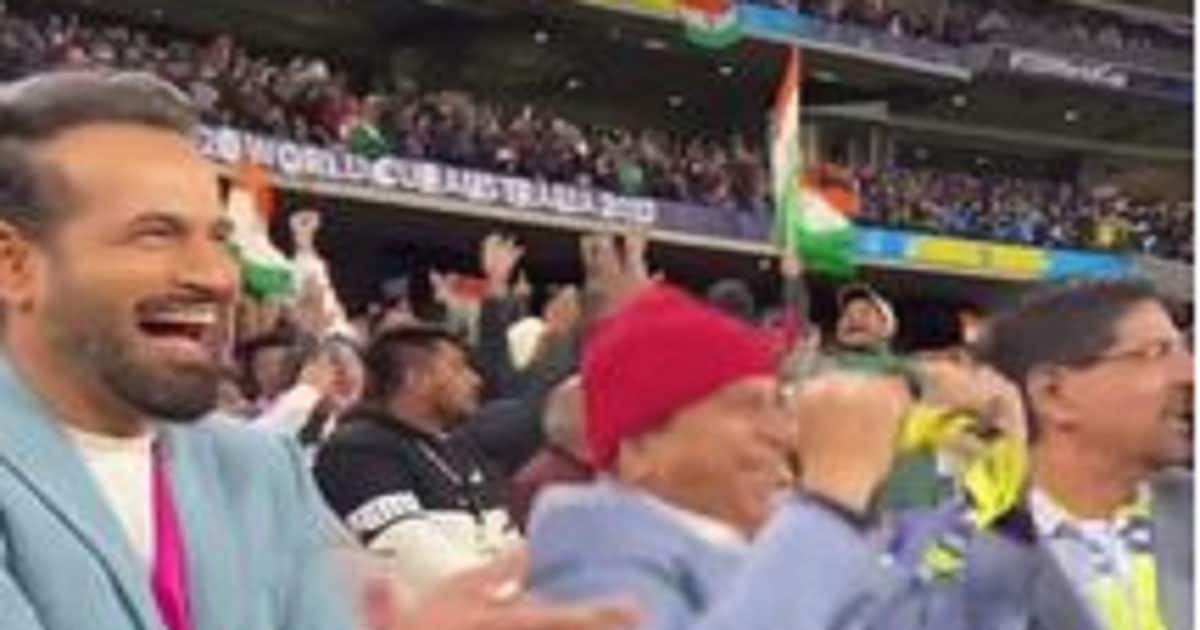 India started with a victory in the World Cup by defeating Pakistan.

Sunil Gavaskar jumped with joy on the victory against Pakistan.

New Delhi. Team India registered a thrilling victory by 4 wickets against arch-rivals Pakistan (India vs Pakistan) on 23 October. With the winning run of Team India, the Melbourne ground erupted with joy. One of them was also of former Indian legend Sunil Gavaskar. Gavaskar expressed happiness by jumping like a child on the victory of Team India. This video is covered on social media.

The hero of the match against Pakistan was Virat Kohli. He played a match-winning innings of 82 runs in 53 runs with the help of 6 fours and 4 sixes. Sunil Gavaskar was beaming with joy as the Indian team was marching towards victory in the Melbourne ground. In the video, Krishnammachari Srikkanth and former all-rounder Irfan Pathan can also be seen celebrating. Gavaskar has now given his reaction about this celebration.

Don’t have a caption for this … Don’t think it needs one .. #INDvsPAK pic.twitter.com/M4KVuXmr89

The joy of victory against Pakistan is different: Sunil Gavaskar

Sunil Gavaskar said in his statement, ‘Whenever Team India wins a game, there is always happiness. But when there is victory in the match against Pakistan, that happiness doubles. Last year we had to face a disappointing defeat against Pakistan.

World Cup 2021 was defeated by Pakistan

From last one year Pakistan team is dominating India. Team India had to face a disappointing defeat against India in the T20 World Cup 2021. Pakistan had already defeated Team India by 10 wickets in the first match. After which former captain Virat Kohli and former coach Ravi Shastri also faced criticism.

Share
Facebook
Twitter
WhatsApp
Linkedin
Email
Telegram
Previous articleFraud Abhishek Aggarwal’s picture with Nitish Kumar is viral, the Chief Minister had told the DGP for this vicious – poor
Next articlePM Modi’s Sainik School Connection: Not only with Major Amit Kumar… but PM Narendra Modi has a special connection with his school