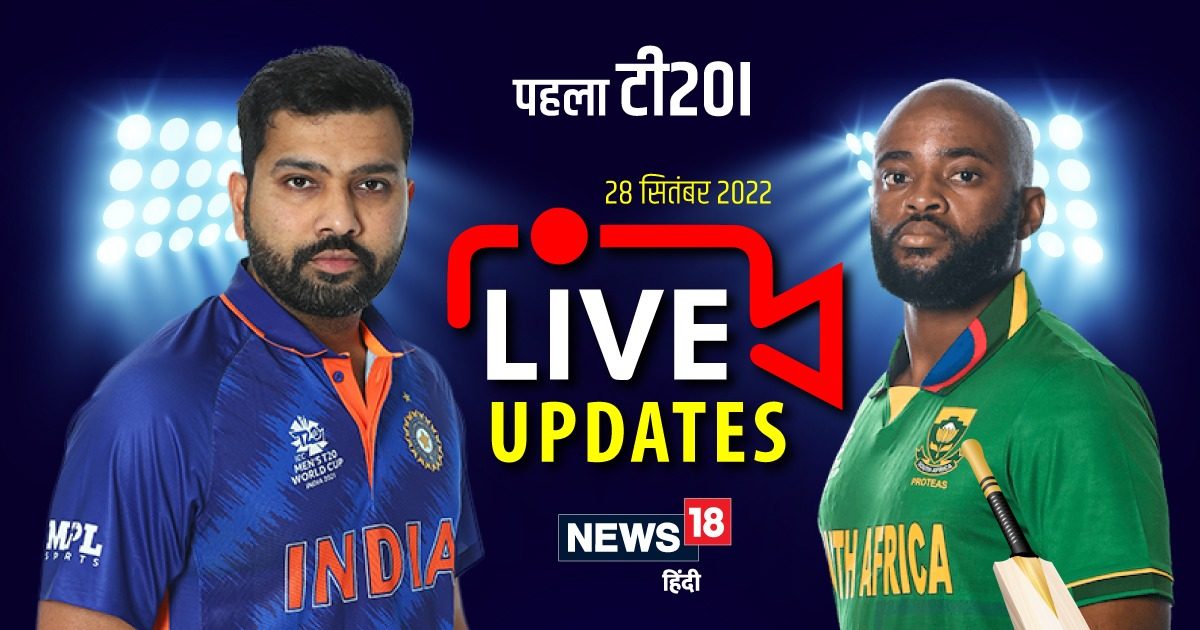 New Delhi. After beating the Australian team on the home tour, the Indian team is now doing two hands with the South African team. The first match of the three-match T20 International series between the two teams was played today at the Greenfield International Stadium in Thiruvananthapuram. In this match, the Indian team won by eight wickets with 20 balls to spare. For the team, opener KL Rahul today scored an unbeaten 51 in 56 balls with the help of four sixes and two fours and Suryakumar Yadav played an unbeaten 50 not out in 33 balls with the help of five fours and three sixes.

In November 2017, Team India played its first T20 match against New Zealand at this ground. Eight-eight overs were played in the rain-affected match. Batting first, the Indian team scored 67 runs in eight overs for the loss of five wickets.

After this, the Kiwis were restricted to just 61 runs on the back of the deadly bowling of Jasprit Bumrah and Bhuvneshwar Kumar. India won this match by six runs. Bumrah took two wickets for nine runs. For this he was adjudged ‘Man of the Match’.

The only ODI at this ground is between India and West Indies. In the match held in November 2018, the West Indies team was reduced to just 104 runs while batting first. Ravindra Jadeja, while bowling economical, got the maximum four successes by spending 35 runs.

Bhuvneshwar and Bumrah also bowled tremendously in this match. While chasing the target, Rohit Sharma scored 63 not out and Virat Kohli scored 33 not out. Due to these fine innings of Sharma and Kohli, the Indian team managed to win this match by nine wickets.

The last international match was played between India and West Indies three years ago at the Greenfield International Stadium. Batting first in this T20 match, India had set a target of 171 runs in front of the Caribbean team. Shivam Dubey played a brilliant innings of 54 runs.

While chasing the target, the West Indies team, thanks to the fine innings of Lendl Simmons (67 *), Evin Lewis (40), Shimron Hetmyer (23) and Nicholas Pooran (38 *), made this target their name with eight wickets remaining. took.

Share
Facebook
Twitter
WhatsApp
Linkedin
Email
Telegram
Previous articleThe world keeps doing evil but Putin will not back down, preparations are being made to merge the occupied areas of Ukraine with Russia
Next articleBitterness in the married life of Ranveer and Deepika? Actor gave this answer