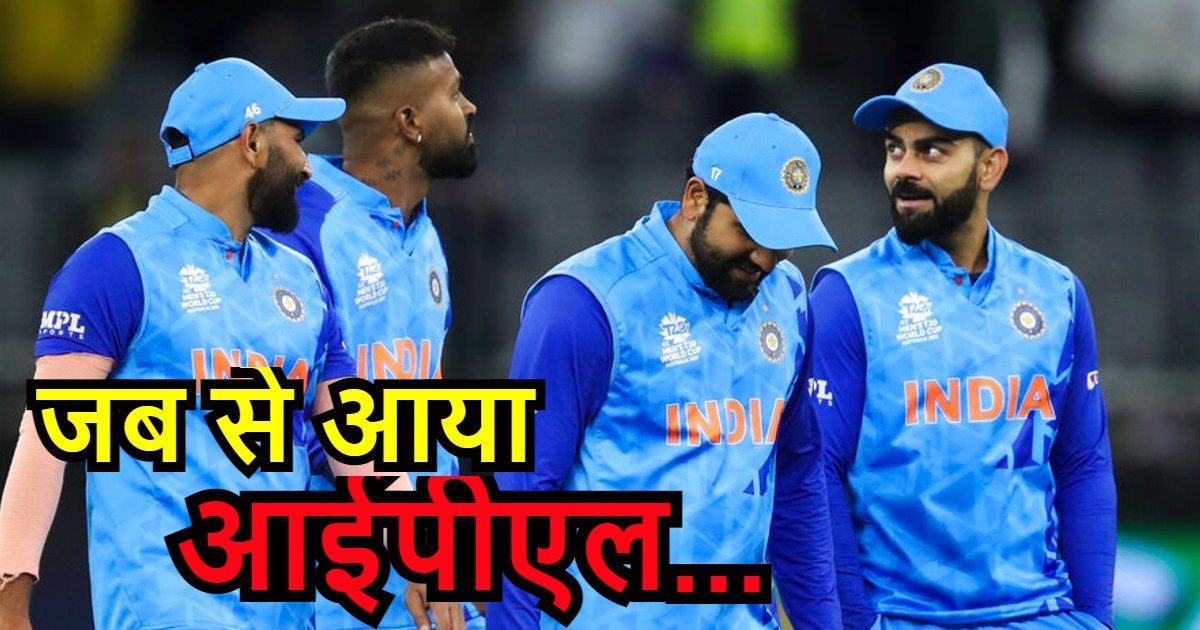 Former cricketers blamed IPL for this

New Delhi. The Indian cricket team was being considered as a contender to win the ICC T20 World Cup. Topping the group matches, India made it to the semi-finals, but here they got a humiliating 10-wicket defeat at the hands of England. Since this defeat, veterans are continuously discussing. Former Pakistan cricketers made a wonderful analysis and told how the Indian Premier League is the biggest league in the world, but since its inception, India has not been able to win any T20 World Cup. Yes, before its beginning, Team India had definitely become the champion.

Talking on this, Shoaib Malik said, what IPL is, it gives a good opportunity for young players to experience and show themselves. Playing in different conditions makes the real difference. Being an overseas player, when you go and play in another country, they put more and more responsibility on your shoulders. So this is the one thing that matters more, that’s where you come out as a better player.

Butler and Babar told who should be the ‘Player of the Tournament’, did not name Virat Kohli

As a player of another country in a foreign league, you think that the performance that I will give here will make its own identity. The second time you share the dressing form with the best players of the world, then you get to learn the way they work. After all, how do they come up with so much consistency? I think there are many things that make a difference in your game.