India starts preparations for ‘war’ against Pakistan in Melbourne, big update about weather 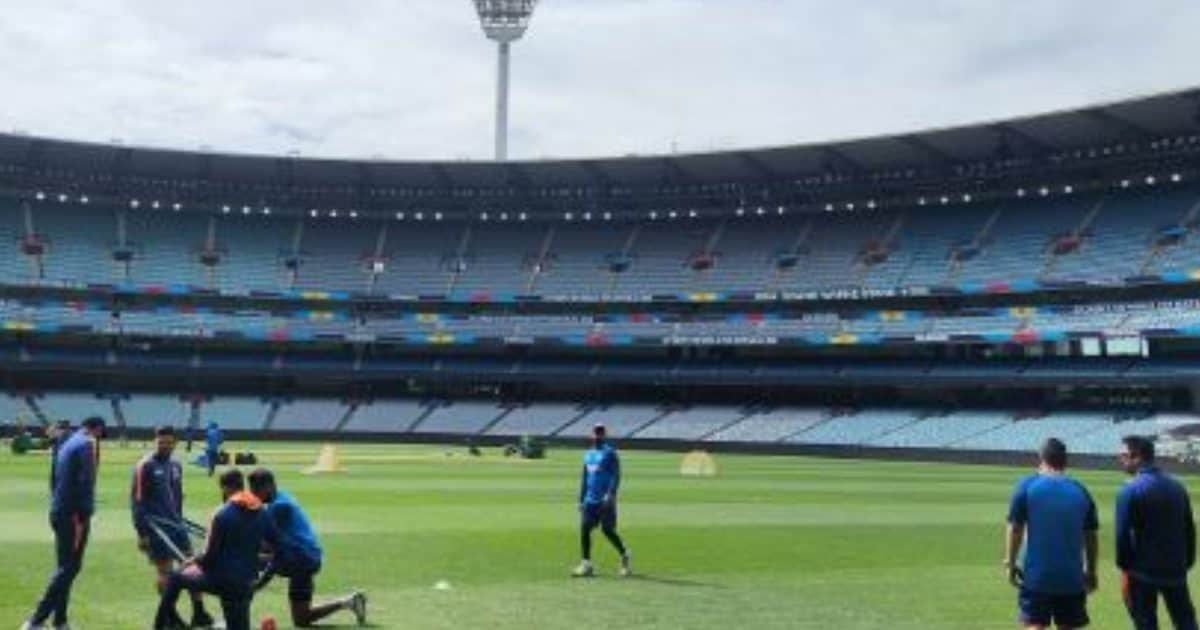 Will rain become a villain in India vs Pakistan match?

India started preparations in Melbourne before the match against Pakistan

New Delhi. The Indian cricket team, captained by Rohit Sharma, has started its preparations by reaching Melbourne for the great match against Pakistan (India vs Pakistan T20) in the T20 World Cup. Team India started training by reaching Melbourne Cricket Ground in the morning. There is good news for cricket fans that it has not rained in Melbourne since today i.e. Friday morning.

The Board of Control for Cricket in India (BCCI) has shared a photo on its official Twitter handle in which Indian players are seen training at the Melbourne Cricket Ground. BCCI wrote the caption of the photo, ‘We are here for our first training session before the India vs Pakistan match. Earlier, the warm-up match between India and New Zealand in Brisbane was canceled due to rain. The Indian team reached Melbourne on Thursday.

Also read: ‘How can Hardik Pandya win the T20 World Cup on his own?’ Australian legend told the quality

Before the ‘war’ against India, the Pakistani cricketer flaunted his solid body… you will also be surprised to see the pictures

Team India will sweat in the nets in the evening
Team India will train for two sessions in Melbourne on Friday. In the morning, the conditioning session of the team has been kept while in the evening the Indian team will practice in the nets at MACG. The Indian cricket team will start its campaign in the T20 World Cup against Pakistan on 23 October. Earlier on Thursday, Team India reached Melbourne three days before its first match.

Rohit-Suryakumar and Bhuvi have reached Australia with family
Indian team’s experienced spinner Yuzvendra Chahal gave information about reaching Melbourne on social media. Chahal had shared a photo in an Instagram story with captain Rohit Sharma, reserve pacer Shardul Thakur, Mommad Siraj and all-rounder Axar Patel, in which all were seen inside the flight. Suryakumar Yadav also uploaded a photo with Rohit Sharma’s daughter Adara. Rohit Sharma, Suryakumar Yadav and Bhuvneshwar Kumar have gone to Australia with their families.

Share
Facebook
Twitter
WhatsApp
Linkedin
Email
Telegram
Previous articleDiwali shopping 2022: There are 4 mantras for smart shopping, use them and see amazing
Next articleVIDEO: While doing Pushpa’s action, Virat Kohli made it clear that he will not bow down in the World Cup