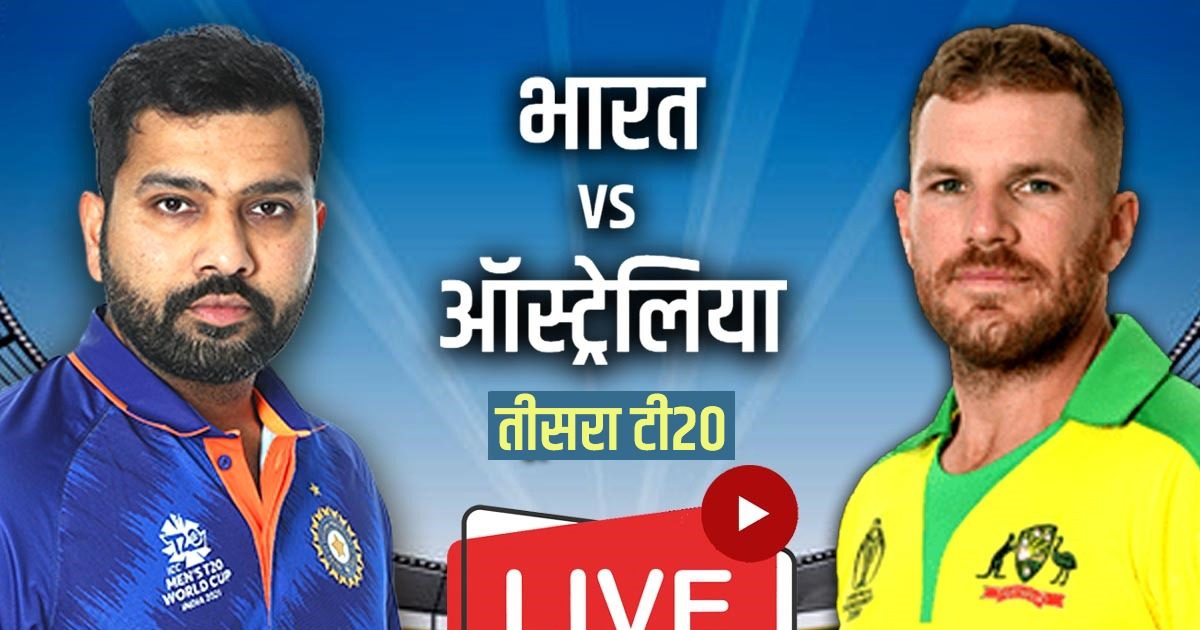 New Delhi. The third and final match of the ongoing three-match T20 International series between India and Australia will be played at the Rajiv Gandhi International Cricket Stadium in Hyderabad today. The team which will win in this match will be captured in the prestigious series. At present, both the teams are currently tied at 1-1. Where the visiting team Australia won the first T20 match by four wickets with four balls to spare. At the same time, in the second T20 match, Blue Army made a comeback and defeated the opposition team by six wickets with four balls to spare. For the third match, the captains of both the teams will come to the ground at 6.30 pm. At the same time, the real thrill of the match will start after half an hour i.e. at seven.

Talk about the history of RGI Stadium, this stadium was completely completed in the year 2004. This stadium has hosted two T20 matches so far. On 13 October 2017, the first T20 match was to be played between Australia and India here. However, due to wet outfield, the match could not take place and it had to be cancelled.

Also read- English veteran gave a message to the players by sharing Dhoni’s VIDEO, running like this

After this, the second T20 match was played between India and West Indies in the year 2019 on this ground. In this match, Indian team’s experienced batsman Virat Kohli’s bat ran fiercely. Actually, in this match, the Caribbean team, batting first after losing the toss, had set a big target of 208 runs in front of the Indian team. While chasing the target, Kohli played an unbeaten half-century of 94 runs in just 50 balls at a strike rate of 188.00 and took the team to the threshold of victory. During this, his bat got six fours and six excellent sixes.

India vs Australia clash between RGI:

Three ODIs have been played between India and Australia at the RGI Stadium. During this, the Indian team has won one match. Apart from this, a Test match between the two teams was played in the year 2103. In this match, the Indian team got success by an innings and 135 runs.