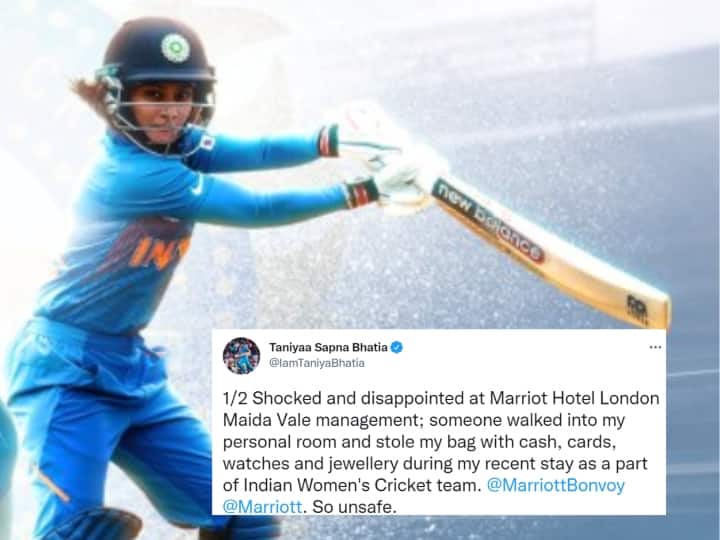 According to Tania Bhatia, in addition to cash money, cards, watches and jewelery were in that bag. Along with this, the Indian cricketer talked about solving the matter by investigating at the earliest. He further wrote in his tweet that this is the favorite hotel of the England Cricket Board, but the lack of security in this hotel is a problem. Along with this, Tania Bhatia has expressed hope for an early investigation and resolution of this matter.

Indian cricketer Taniyaa Sapna Bhatia tweets that her bag with cash, cards, watches & jewelry was stolen from her personal room during her stay at Marriot Hotel London. Also asks for quick investigation & resolution of the matter. pic.twitter.com/z4YGcRaE01

Significantly, the Indian women’s cricket team was on a tour of England recently. Indian players performed brilliantly on this tour. Under the leadership of captain Harmanpreet Kaur, the Indian team won the 3-match ODI series 3-0. Indian captain Harmanpreet Kaur, who batted brilliantly in this series, was adjudged Man of the Series. At the same time, this was the last international match of Indian veteran player Jhulan Goswami. The Indian team gave a memorable farewell to Jhulan Goswami by winning the Lord’s ODI.

IND vs SA 2022: Hardik Pandya rested for South Africa series, this player got a place