Many changes in Team India’s playing XI, will India get the advantage of fielding first? 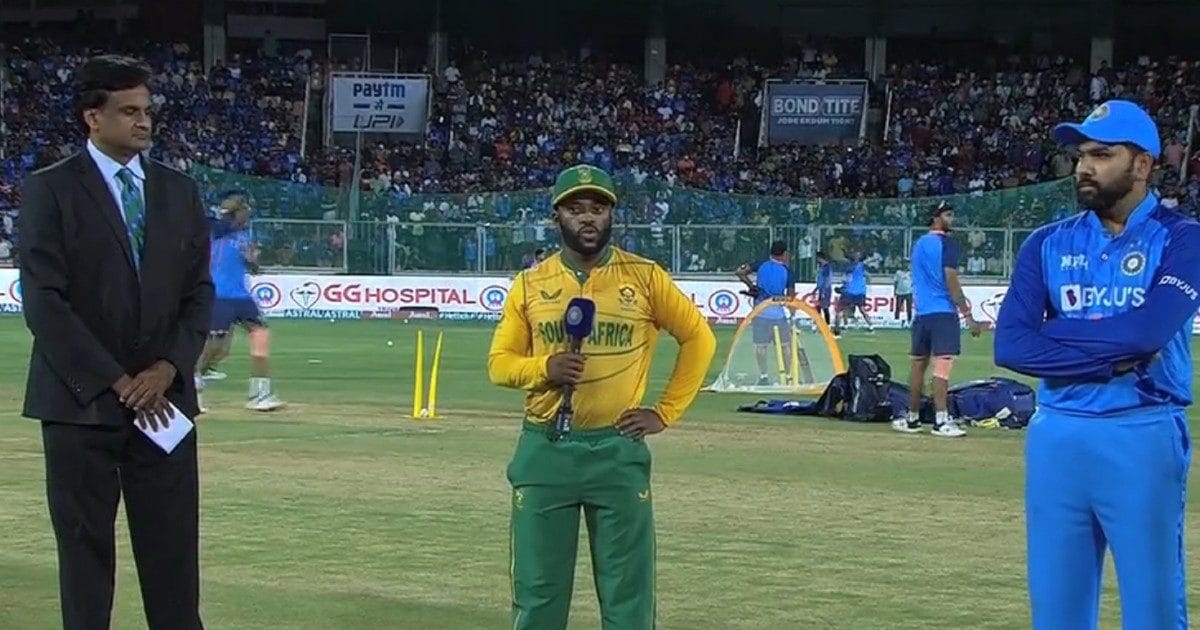 India and South Africa first match T20 is being played today at Thiruvananthapuram.

The playing XI of both the teams has been announced in the first T20 match.

New Delhi. The first match of the three-match T20 International series between India and South Africa will be played on 28 September i.e. today at the Greenfield International Stadium in Thiruvananthapuram. Both the teams have announced the playing XI in the first T20 match. Indian captain Rohit Sharma won the toss, decided to bowl first. Rohit feels that this pitch will be favorable for batting and he wants to maintain the winning streak. Hardik and Bhuvneshwar have been rested in this match.

At the same time, Ashwin will play in place of Yuzi, and Bumrah suffered a minor injury in the morning and will not play in this match. Deepak Chahar has been given a chance. Temba Bavuma also wanted to bowl first. He said that his team enjoys playing in India and he himself is happy to be back in the team after injury.

Talking about the Indian playing XI in the first T20 match, KL Rahul’s entry into the field with Captain Rohit Sharma seems to be confirmed. After this, Virat Kohli can be seen batting in third place and Suryakumar Yadav in fourth place. At the same time, the absence of Hardik Pandya in fifth place, Captain Sharma can give a chance to young wicket-keeper batsman Rishabh Pant. Along with batting, Pant is also an expert in excellent wicket-keeping.

‘Kohli’s rhythm and hunger for runs is back’: Know who told Virat the champion batsman

Apart from this, Dinesh Karthik in sixth place, Axar Patel and Deepak Chahar got the chance as all-rounder players in seventh place and eighth place. On the other hand, off-spinner Ashwin has been given a chance in place of Yuzvendra Chahal as a specialist spinner.

While talking about South Africa, here too many players are standing ready to make a place at the same place. In the first T20 match against India, veteran wicket-keeper opener Quinton de Kock along with captain Temba Bavuma opened the innings. At the same time, the responsibility of the middle order will be on the shoulders of Captain Temba Bavuma as well as Riley Rosso, Aidan Markram and David Miller.

Apart from this, Captain Bavuma has entered the field with two leading fast bowlers in the first T20 match. This includes the names of Enrique Nortje and Kagiso Rabada. At the same time, the responsibility of spin department will be on the shoulders of Tabrez Shamsi and Keshav Maharaj.

In the first T20 match, the playing XI of both the teams can be like this:

Team India made a big change in the squad for the last ODI, Kuldeep Yadav got a chance