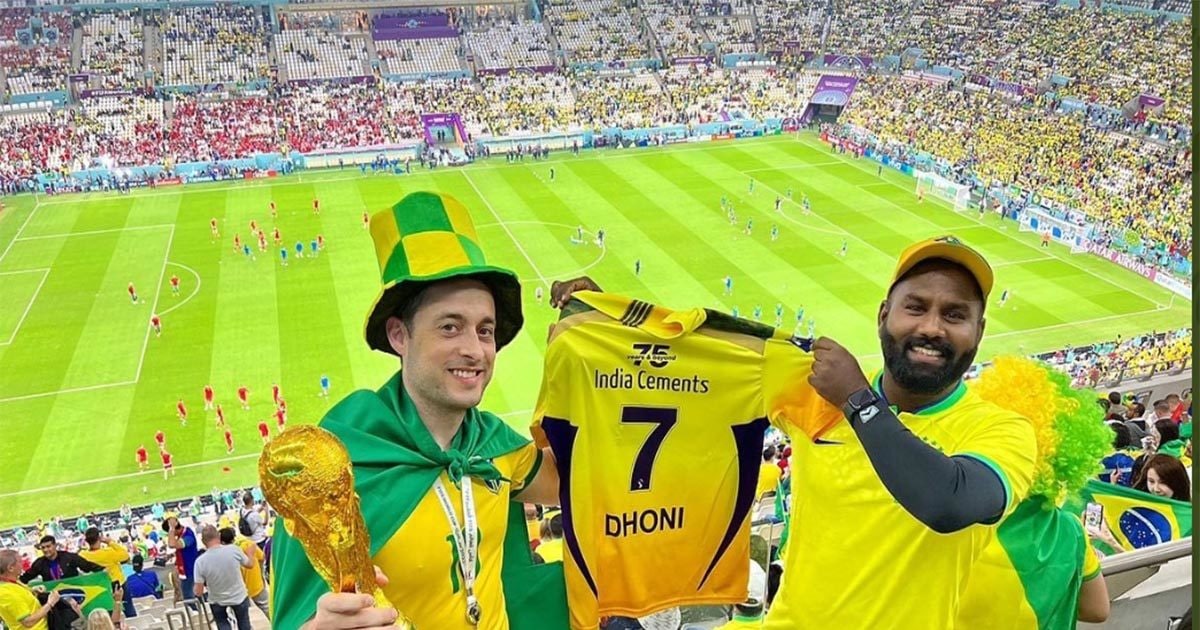 Dhoni has crores of followers all over the world

New Delhi: We all know that Mahendra Singh Dhoni (MS Dhoni), the former captain of the Indian cricket team, is popular not only in India but all over the world. Something similar was seen during the ongoing FIFA World Cup in Qatar. When a fan reached the stadium wearing a yellow jersey in the ongoing football match between Brazil and Serbia.

Chennai Super Kings posted a photo from their Twitter account. In which a fan wearing a yellow jersey is seen watching a football match. Sharing a picture of this moment on Twitter, the franchise wrote, ‘Wherever we go, there is yellow-yellow everywhere.’ This post is becoming quite viral on social media.

Share
Facebook
Twitter
WhatsApp
Linkedin
Email
Telegram
Previous articleVacancy for candidates who have done engineering in NHM, apply now
Next articleAnupam Kher got angry on Richa Chadha’s tweet, said – ‘What can be more shameful than this’

PAK vs ENG: After biting the dust in T20, the guests can be heavy on Pakistan even in Tests, know what the figures say