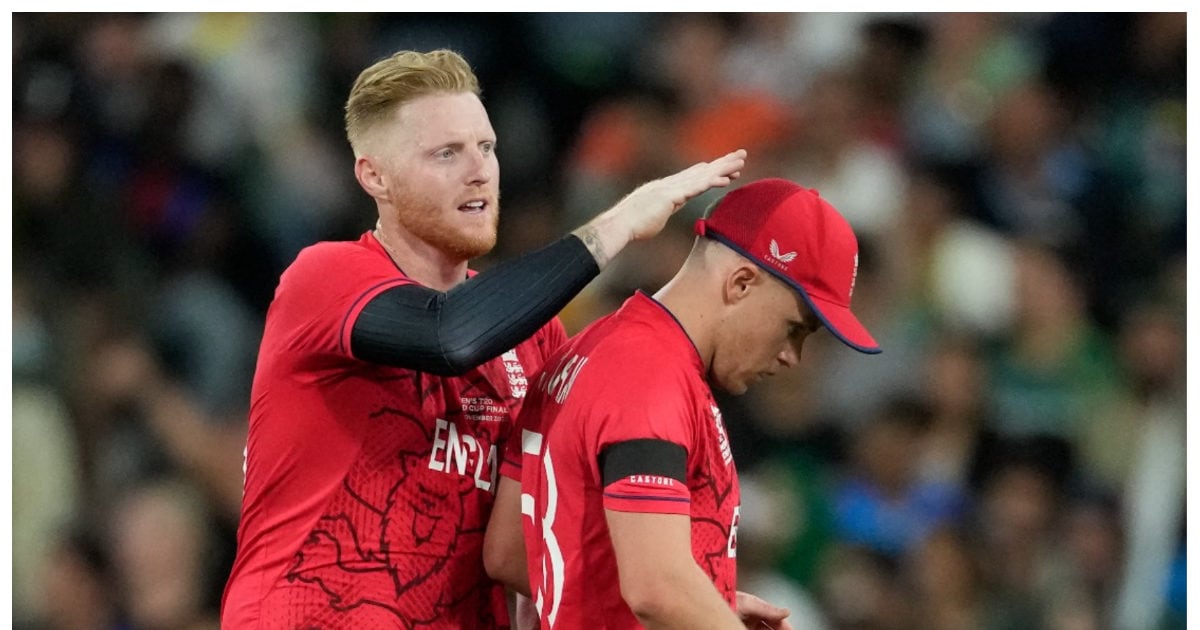 Melbourne. The England team led by Jos Buttler has won the second T20 World title. In the final of T20 World Cup 2022, England team defeated Pakistan by 5 wickets. On the basis of the deadly bowling of Sam Karen and Adil Rashid, England stopped Pakistan for just 137 runs after coming out to bat first. After this, on the basis of innings of Ben Stokes (52 not out) and Jos Buttler (26), England achieved this target in the 19th over. This is England’s second T20 World Cup title. Earlier in the year 2010, the team won its first title by defeating Australia under the leadership of Paul Collingwood.

Chasing the target of 138 runs, England did not start well. Fast bowler Shaheen Shah Afridi hit Alex Hales (1) in the very first over. Phil Salt (10), who landed at number three, also could not stay at the crease for long. He was caught by Iftikhar Ahmed on the ball of Haris Rauf. Jos Buttler, who scored a half-century in the semi-final against India, became the victim of Rauf by scoring 26 runs.

Earlier, Sam Curran and leg-spinner Adil Rashid put the Pakistani batting lineup under so much pressure that the Pakistan team could only score 137 runs for 8 wickets. Karan, who returned from injury earlier this year, has been an excellent bowler for England. He proved his mettle in the big match by taking three wickets for 12 runs in four overs. At the same time, Rashid also did not lag behind, he controlled the run rate in the middle overs in which he and Karan together bowled 25 dot balls.

Pakistani batsmen did not go ahead of Rashid and Karan
Rashid again showed how the Indian team management missed an opportunity by not using Yuzvendra Chahal for the entire tournament. There is a lot of bounce and pace on the MCG pitch but Buttler’s best performing bowling pair (Karan and Rashid) bowled in contrast, both reducing the pace of their balls. Rashid bowled at a speed of 75 kmph while Karan bowled at a speed of 126 to 130 kmph, which made it difficult for the Pakistani batsmen to add runs.

Sam Karan hit Mohammad Rizwan tremendously
Babar Azam (32 off 28 balls) and Mohammad Rizwan (15 off 14 balls) made cautious starts as they have been doing for the last one year. Curran has been the most consistent bowler for England throughout the tournament, bowling Rizwan at full length at an angle. Mohammad Haris (8 runs in 12 balls) was seen struggling in front of Rashid and became his victim. Rashid tempted him to play the shot and he was caught at long on. Babar hit two fours but he struggled to increase the run rate.

Babar Azam trapped in Adil Rashid’s googly
Shan Masood (38 off 28 balls) looked far more aggressive than his skipper as he took some time at the crease before going for quick runs against the opposition. Butler put Liam Livingstone on his bowling for his off break balls but Masood added 16 runs in this over with a four and a six. Babar got trapped in Rashid’s googly at the other end and the English leg-spinner ended his innings by taking the catch.

Iftikhar Ahmed (nil) fell victim to Stokes after playing six deliveries, taking Pakistan to 85 for four in the 13th over. Masood was heading for a good innings but was dismissed trying to hit a big shot off Karan. . Karan also tested his patience with his variation taking balls and came true by taking his wicket. Shadab Khan scored 20 runs in 14 balls.

Share
Facebook
Twitter
WhatsApp
Linkedin
Email
Telegram
Previous articleT20 World Cup Final: England became T20 World Champion by defeating Pakistan, Joss is the boss
Next articleThese things are common in all successful people, if you want to get success then do not ignore these habits

Fifa World Cup: Who is real and who is fake… Fans in confusion, from stadium in Qatar to fake Neymar on the streets