Pant got out after scoring 6 runs, then the fans trolled, shared interesting memes about Samson 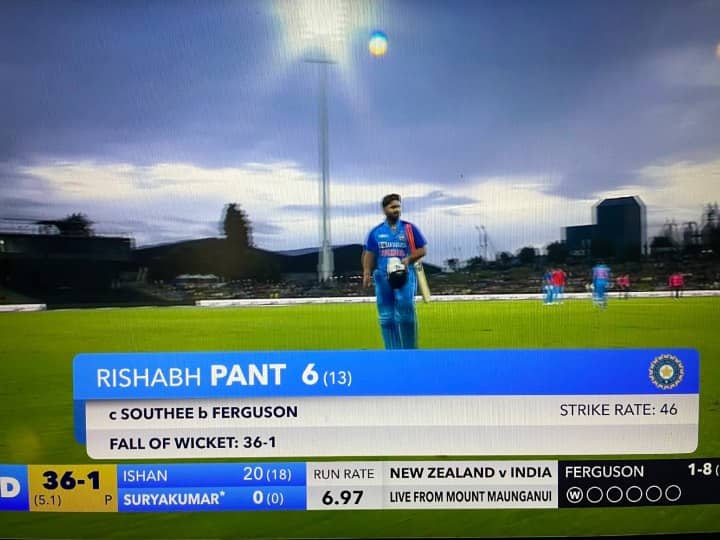 Rishabh Pant India vs New Zealand: Rishabh Pant, the wicket-keeper batsman of the Indian cricket team, could not do anything special once again. He was dismissed after scoring just 6 runs in the second match of the T20 series being played against New Zealand. Pant faced 13 balls and got out. After his dismissal, users trolled on social media. Pant has not been seen in form for a long time. For this reason he got trolled. India did not give Sanju Samson a place in the playing XI for this match.

Batting first after losing the toss, Team India scored 191 runs in 20 overs at the loss of 6 wickets. During the Indian innings, Pant was given the opportunity to open. But they failed. Pant was dismissed after scoring 6 runs in 13 balls with the help of a four. After Pant’s dismissal, social media users tweeted various memes. Sanju Samson’s fans also shared memes. The fans of Team India expressed their displeasure for not including Sanju in the playing XI.

Rishabh Pant dismissed for 6 from 13 balls
Don’t worry he will be in form when he gets 100 more matches.. long live Rishabh pant

Failed as middle order, failed in opening. What’s next? No. 11?#INDvsNZ pic.twitter.com/cBTSZg9Qn9

Also read: IND vs NZ: India made a world record as soon as they entered the second T20, became the team to play the most matches in a calendar year