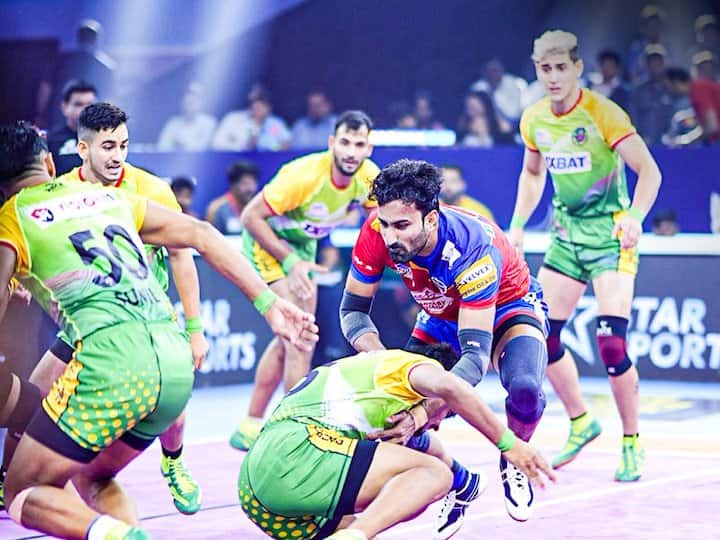 Patna Pirates vs UP Yoddhas: In the 44th match of Pro Kabaddi League (PKL) 2022, Patna Pirates defeated UP Yoddha by a margin of 34-29. This match was almost level before the last raid, but being all out in the last raid overshadowed UP. Even the charismatic performance of Pradeep Narwal could not avoid the condition of UP.

The start of the match did not go as expected and both the teams played very carefully. Both UP raiders proved to be flops. Pradeep Narwal and Surender Gill could not do anything special. Pradeep was out of the mat for more than 10 minutes in the first half. Pradeep got two and Gill got three raid points. However, skipper Nitesh Kumar did well in the defence, getting three tackle points.

By half time, Patna had a three-point lead. Rohit Gulia took the maximum five points in raiding for Patna. Sachin Tanwar also took three raid points. Patna’s main defenders could not do much, but all-rounder Monu continued to trouble UP by taking three brilliant tackle points.

Patna’s game was excellent in the second half

Patna’s brilliant game continued in the second half and they took a 19-12 lead by all outing UP in three minutes. Three minutes later, Pradeep Narwal dismissed five defenders in a single raid and in the next raid, Patna’s team was all out. On the basis of Pradeep, UP had gained a point lead in the match.

After falling behind, Patna made a comeback and dismissed Pradeep. After Pradeep’s dismissal, Patna’s task became easier and he again took the lead in the match. With two minutes left in the match, UP made a super tackle and leveled the score back. In the last 30 seconds, Sachin all-out UP gave Patna a six-point lead, which was enough to win the match.

Innocent Tarachand died after being shot in Sikar gang war, the family is demanding justice by protesting