Players playing in IPL with domestic matches on the right track, Shastri asked for whom 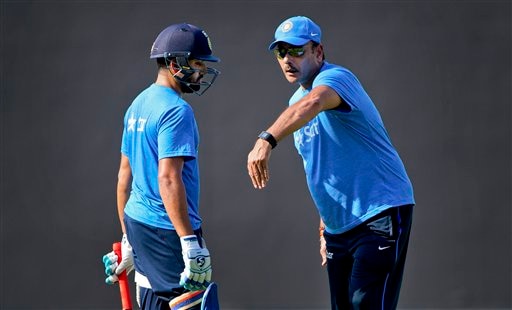 IPL 2023 Ravi Shastri: Former India head coach Ravi Shastri believes that Indian cricketers are on the right track by playing IPL and domestic cricket in the country. Following India’s 10-wicket defeat to England in the semi-finals of the T20 World Cup at the Adelaide Oval, the BCCI’s decision to bar active cricketers from participating in foreign leagues has been the subject of discussion.

Although England have never played a match at this venue during the tournament, four members of their team – leg-spinner Adil Rashid, opening batsman Alex Hales, fast-bowling all-rounder Chris Jordan and batsman Phil Salt – were familiar with the conditions here. He gained experience playing a large number of matches at the Adelaide Oval, thanks to his stint with the Adelaide Strikers in the Big Bash League (BBL).

Hales, a regular in BBL play, was player of the match in the semi-final win over India with 86 not out and was well supported by captain Jos Buttler, who scored 80 not out and had experience from the previous two seasons in the BBL. .

“There is enough domestic cricket for all these players to get absorbed in the system and get opportunities. Plus you get these India A tours, you get a lot of other tours where you have two at a time in the future,” he said. Indian teams can play.”

Significantly, Team India was eliminated from the tournament after losing in the semi-finals of T20 World Cup 2022. England defeated him and made it to the finals and won the title. The players of Team India were subjected to a lot of criticism because of the IPL. For this reason, Shastri also mentioned domestic cricket.